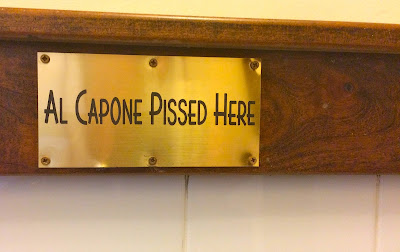 *Joe Klopus notes the commencement of the annual Charlie Parker-related functions in his column for The Kansas City Star.  Larry Kopitnik highlights the annual observation for The Pitch.

*KANU won Jazz Week's Station of the Year award in the category of "stations with fewer than 40 hours" of weekly jazz programming.

*Kurt Elling will perform with the Branford Marsalis Quartet at Helzberg Hall on May, 11, 2017.

*Carol Duboc’s new album Open the Curtains was reviewed at All About Jazz.

*Tweet o’ the Week: McClain Johnson- Nels Cline was tearing up the solo in "Impossible Germany" last night. A full moon was glowing in the sky as the breeze was wafting through.

*Comment o’ the Week: Dean Minderman- I'm glad to see positive comments about David Sanborn, who's a fine musician and seems to be a genuinely decent person. But I've got to push back a bit against the notion that he's a deliberate knock-off of Maceo Parker.  Sanborn has said many times (including to me when I interviewed him a few years back) that his thing is heavily influenced by Hank Crawford and David "Fathead" Newman… (continued at link)

*From a press release: This year’s Kansas City’s Charlie Parker Celebration 2016 at the American Jazz Museum commemorates the 96th anniversary of the birth of legendary jazz great Charlie Parker with… a presentation by Dr. Ron McCurdy… who speaks on The Life and Legacy of Charlie Parker on Thursday, August 18, 2016, at 6:30 p.m. in the Atrium of the American Jazz Museum. A 6 p.m. public reception precedes the program. Admission is free.  Complementing McCurdy’s talk, will be the unveiling of a new temporary exhibit titled A Musician in the Making: Charlie Parker in Kansas City, 1920-42. The five-panel traveling display, created from the collections of the American Jazz Museum and other archives… McCurdy’s presentation also kicks off the Museum’s new speaker series, called Riffing on the Repertoire that will bring top jazz scholars and authors to the 18th & Vine Jazz District throughout the rest of 2016. The lineup features noted authority Ted Gioia… and… Rashida Briggs.

*From a publicist: Seattle area saxophone and flute master Mark Lewis will be in Kansas City to play at the Majestic with Bram Wijnands on Aug. 26 and 27.  Mark’s new CD The New York Session is ready for listening! We will have it with us on the tour, though it won’t be officially released and promoted until January… The CD features Mark on alto sax and flute, George Cables on piano, Victor Lewis on drums and Essiet Essiet on bass.