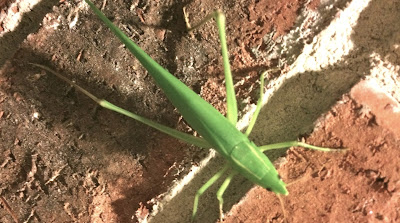 *The lineup of the 2016-17 season of the Topeka Jazz Concert Series was unveiled by Bill Blankenship.

*Joe Klopus examines the seond and final week of the annual Charlie Parker-related activities that “culminate in the annual saxophone salute at Parker’s grave in Lincoln Cemetery” on Saturday.  The Pitch also surveys the week’s events.

*Bill McKemy of the American Jazz Museum and saxophonist Tivon Pennicott were interviewed by Steve Kraske.

*A music video (of sorts) has been created for Echoes of Europe, the title track of the forthcoming album by the Dino Massa Kansas City Quintet.

*Comment o’ the Week: Michael Shults- After playing sets with Tivon the last two nights, I have to say that his playing is, empirically, beyond reproach. I hope you give him a second or third listen!

*From a press release: The next edition of the "Riffing on the Repertoire" speaker series examines the life and times of (Stan Levey) in in a special public presentation by Frank R. Hayde, author of the newly-released biography Stan Levey: Jazz Heavyweight. The program takes place on Thursday, September 15, 2016, at 6:30 p.m. in the Atrium of the American Jazz Museum… Hayde’s presentation continues the Museum’s new speaker series, called Riffing on the Repertoire, that is bringing top jazz scholars and authors to the 18th & Vine Jazz District throughout the rest of 2016. Other speakers in lineup include Kim Gabbard, author of Better Git It in Your Soul, an interpretive biography of Charles Mingus, on Thursday, October 6; Rashida Braggs, author of Jazz Diasporas: Race, Music, and Migration in Post-World War II Paris, on Thursday, October 20; Bob Gluck, author of The Miles Davis Lost Quintet and Other Revolutionary Ensembles, on Thursday, November 3; and Ted Gioia, speaking about his highly-acclaimed new book How to Listen to Jazz, on Thursday, November 17. All programs in the Riffing on the Repertoire series are admission free and take place in the Atrium of the American Jazz Museum at 6:30 p.m., with a public reception beginning at 6 p.m.

I was in KC this weekend and caught "parts" of the first set by Peter Schlamb at the Blue Room. I say "parts" because I was surrounded by the noisiest, most inattentive audience to which I've ever been subjected. Outside of the half dozen tables closest to the stage and some of the people along the railing, no one could shut up long enough to hear anything. Most of my jazz listening in the past decades have occurred in St. Louis and Columbia and I can assure you this kind of noise would earn you an invitation to quiet down or leave. I should add that this talk was not of the "participatory" variety of response and encouragement but standard bar babble. What a shame. I wonder if a high cover would make the experience more valuable to these smucks.