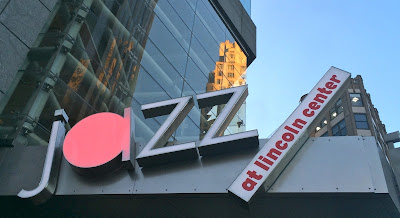 Watson’s Made In America, slated to be issued by Smoke Sessions Records on April 21, is billed as "a musical portrait gallery of nine influential African-Americans."  The saxophonist is accompanied by pianist Stephen Scott, bassist Curtis Lundy, and drummer Lewis Nash on the thematic recording.

Brown’s Kansas City, Here I Come, a project recorded last year in Poland with a string section and guest vocalist Kevin Mahogany, is apparently out now.  The American album release show is at the Blue Room on March 11.

These two albums, along with the recent release of Matt Otto’s Reunion and the Dino Massa Kansas City Quintet’s Echoes of Europe, reflect the ongoing artistic vitality of the area’s jazz community.

(Original image by Plastic Sax.)
Posted by Happy In Bag at 10:52 AM