Album Review: Molly Hammer- Out of This World 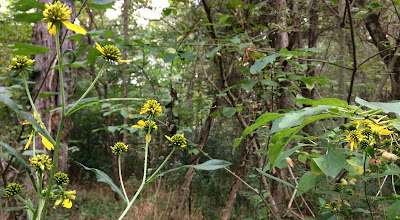 Readers of The Pitch recently named Molly Hammer the “Best Jazz Artist” in Kansas City.  (Mark Lowrey, Alex Abramovitz, Bobby Watson and Logan Richardson placed two through five.)  It’s not a knock on Hammer to suggest that the results are ludicrous, partly because Kansas City is home to the accomplished vocalists Deborah Brown and Marilyn Maye.

Hammer’s debut album Out of This World confirms that she’s at her best working as a torch singer rather than in a jazz setting.  Her thoughtful approach on the cabaret songs “Never Will I Marry,” “Detour Head” and “Listen Here” rivals the work of elite vocalists like Brown and Maye.  Most of the other selections don’t emphasize Hammer’s incisive voice and lyrical sensitivity that are her core strengths.

The fine playing of saxophonist Brad Gregory, pianist Joe Cartwright, bassist Steve Rigazzi and drummer Todd Strait can't redeem the shopworn “Doodlin’” or “At Last.”  Novelties like “TV is the Thing This Year” and “Pig Foot Pete” are cutesy rather than quaint.  Hammer possesses the talent to fashion an exemplary album.  Out of This World isn’t it.