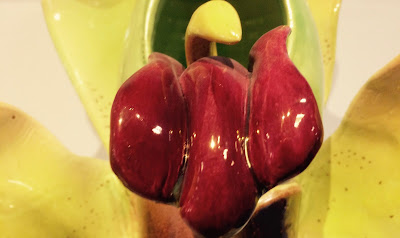 Brad Cox described the sculptures of Linda Lighton as “a little bit provocative” in his opening remarks at the second and final performance of “In the Rompus Room” at Polsky Theatre on Sunday.  A similar sense of provocation infused the daring collaboration between the Owen/Cox Dance Group and the People’s Liberation Big Band.

The first half of the program played to the considerable strengths of both ensembles.  Owen’s choreography for seven athletic dancers echoed the lavish exuberance of a Busby Berkeley musical.  Portions of the extended suite “In the Rompus Room” resembled the love child of an impassioned tryst between George Gershwin’s “Rhapsody in Blue” and the jazz standard “Caravan.”

The People’s Liberation Big Band expanded the possibilities of Kansas City’s big band tradition with “In the Rompus Room,” but Cox’s “Letterbox” was a comparatively delicate art-pop song cycle.  While portions of the composition were worthy of Stephen Sondheim, the storyline was indecipherable.  No matter.

The murkiness of the narrative was offset by inviting elements including the ravishing harmonies of vocalists Calvin Arsenia and Shay Estes and imaginative choreography that effectively conveyed jubilance, melancholy and desire.  Enhanced by suggestive mood lighting and superb sound, the production was a beguiling union of music and dance.

(Original image of a Linda Lighton sculpture by Plastic Sax.)
Posted by Happy In Bag at 8:47 AM