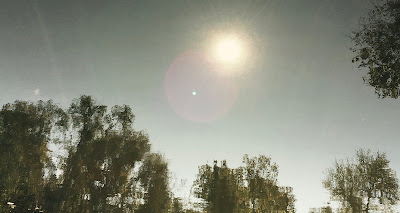 I still recall the intense look of concentration on the face of Matt Villinger at a 2017 concert by Thundercat.  I reckoned he was simply enjoying the bassist’s groundbreaking combination of jazz, funk and electronic music.  The release of All Day reveals that the Kansas City based musician was plotting an uprising.  Villinger’s second solo album equals- and may even surpass- the quality of Thundercat’s acclaimed 2017 release Drunk.  Joined by vibraphonist Peter Schlamb, trumpeter Hermon Mehari, bassist Nick Jost and drummer Zach Morrow, the keyboardist and vocalist doubles down on the brash sound of his 2015 album All Night.  The hyper-aggressive form of fusion foments a restorative sense of contentedness.  The counterintuitive effect should make All Day the feel-good hit of the winter for everyone fortunate enough to encounter its invigorating grooves.