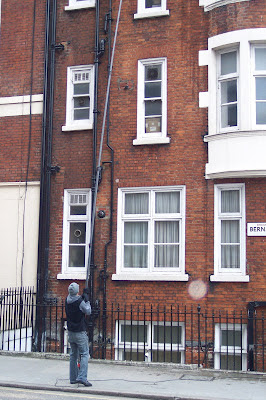 I can't quite follow the logic behind a recent posting by Star columnist Steve Penn. Both Penn and Gregory Carroll, Executive Director of the American Jazz Museum, seem to be lobbying for a "24-hour jazz radio station" in Kansas City. The item is here.

“I’m putting a call out there right now to potential donors to come to the American Jazz Museum and say what can we do to create a full-jazz radio station?” Carroll is quoted as saying. “We’ll give them the space. We’ll give them the time. We’ll even give them the artist. But we have to get the funding in place. And I believe it’s possible.”

Sure, I'd love a local jazz station as much as the next Jimmie Lunceford fan. But it's not about us old folks. It's imperative that the needs of the next generation be addressed. And fortunately, it's cheap.

If you want to continue to think big, why don't you work toward partnering with NPR? They already have a huge assortment of jazz streams and podcasts available. Until you secure that deal, why don't you follow Present Magazine's model. The online Kansas City publication offers a fine weekly podcast titled Sonic Spectrum.

You want a cost estimate? A new Apple Mac mini goes for $599 (less with an educators discount). If the museum doesn't already own microphones, buy a couple for $50 each. I'll bet you could immediately recoup this $700 investment by selling advertising/underwriting spots. It's a money-maker.

I can't wait to tune in.

At least they are booking worthwhile acts at the Blue Room. Check out my photos from last Friday night on my blog.

As usual, HiB makes more sense than anybody!

What Steve Penn, Gregory Carroll and every other narrow-minded jazz traditionalist in this town don't realize is that perhaps the biggest YOUNG, ENTHUSIASTIC, and RECEPTIVE jazz audience this past weekend was about 45 minutes west of KC, located in Clinton Lake State Park for 4 days.

... who cares about what was 45 mins west of KC"? That was a one-time event in cornfields.