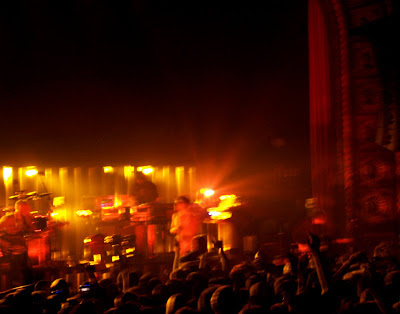 Tech N9ne would have probably been a great jazz musician. Born in Kansas City 36 years ago as Aaron Yates, he's carved out a successful career as a hip hop headliner.

David Cook might have made a strong George Benson-style guitarist and vocalist. Instead, the Blue Springs-bred rocker achieved fame via American Idol.

Plastic Sax believes that many of Kansas City's most talented musicians might have made significant contributions to the jazz world had they chosen to work within the genre. Tech N9ne's creativity and intelligence, for instance, seem ideally suited to jazz.

I don't mean to imply that jazz is superior to hip hop or rock; I believe that great music exists in all styles of music. Yet it's disheartening to consider that neither Yates nor Cook had probably given any serious thought to jazz. But even if they're closet jazz freaks, both men knew that deliberately selecting a life in jazz would be a sacrifice in potential upside earning power. It's a luxury few can afford.

The biggest living star in jazz, Wynton Marsalis, was born into the music. The same is true for Bobby Watson, one of Kansas City's leading jazz figures. Perhaps the most exceptional local exception is Eldar Djangirov. And he had to come to Kansas City via Russia to make it happen. The long odds are such that each Harold O'Neal seems like a minor miracle.

Unless it regains a substantial audience, jazz's losses will continue to be country, hip hop and rock's gains.