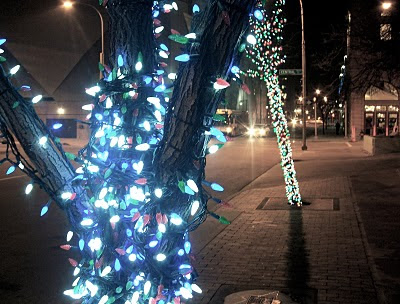 *KCJazzLark gets a few solid jabs in at Plastic Sax in an otherwise excellent essay. Don't miss his incredible photos, either., He celebrates the forthcoming "Jazz Winterlude" at JCCC and expresses disappointment in The Majestic in another post.

*Eldar was featured at the NPR-sponsored "Jazz Piano Christmas." It streams here.

*Selections from Mark Lowrey's recent tribute to Radiohead are at YouTube. I recommend starting with the rendition of "Knives Out." Amazing! (Tip via Tim Finn.)

*Doug Tatum of the Folly Theater noted that Heather Masse of the Wailin' Jennys will be performing with Mark O'Connor on January 23.

*Dean C. Minderman of St. Louis Jazz Notes provides a tidy synopsis of the year in jazz at the Riverfront Times.