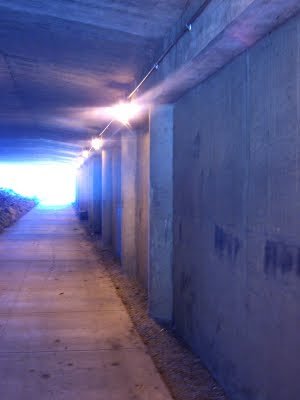 *I stumbled across this hidden gem at the Phoenix's site while dutifully adding dates to the Kansas City Jazz Calendar: The Roberto Magris Quintet featuring Albert "Tootie" Heath, Logan Richardson, Elisa Pruett and Brandon Lee will perform at the club on December 13. Here's a related video featuring the Italian pianist. Shh- it's a secret.

*The Rhythm Lounge was "temporarily" closed according to this report.

*KCJazzLark turns out to be quite a photographer. Here are his shots of Megan Birdsall, Bob Bowman and Paul Smith.

*Have you seen the The Jazz Baroness? The character of Charlie Parker is disparaged in the documentary. Here's a trailer of sorts.

*Steve Penn reports on efforts to assist Lucky Wesley of the Scamps.

*Eldar is featured at NPR.

*A Bob Brookmeyer gig in New York is previewed by an interesting interview. Here's another piece about his December 2 concert.

*This is promising: The Owen/Cox Dance Group and The People's Liberation Big Band present The Nutcracker and the Mouse King, December 11-13, at the H&R Block City Stage Theater in Union Station. Details are here.

*The "grand opening event" of the exhibit Jam Session: America's Jazz Ambassadors Embrace the World is December 3 at the American Jazz Museum. From the museum's site: Join us in the Changing Gallery from 6:00- 8:00 pm. Admission is free- suggested donation of $10 to support education programs at the American Jazz Museum. Kicking off our series of public programs and free concerts supporting (t)his exhibit is Jazz as an Instrument for Cultural Diplomacy American Ambassador Kenton Keith will be accompanied by American Jazz Museum Chief Executive Officer, Greg Carroll and world renowned jazz vocalist, Deborah Brown for an inspiring discussion exploring the history, present and future of jazz as an instrument for cultural diplomacy. To RSVP contact Glenn North.

(Original image by Plastic Sax.)
Posted by Happy In Bag at 8:36 AM

Jazz should be presented in concert settings. You could have heard a pin drop. Lots of young people in the audience as well.

What a great setting for live jazz.

Yes. Expect a full post at Plastic Sax this afternoon. Thanks, Anon.