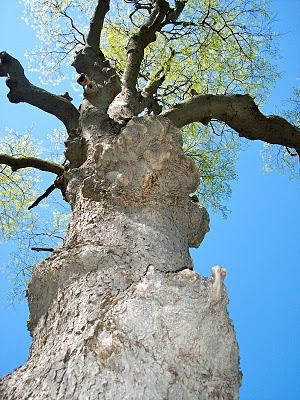 *The logic behind the new sign that will soon be erected at 18th and Paseo is questioned in a KMBZ television report.

*Plastic Sax is scolded by KCJazzLark. I stand by my original essay.

*A November symposium in St. Louis looks interesting. "Commemorating and Preserving Jazz: The Formation of the Jazz Museum" features both Greg Carroll of the American Jazz Museum and Loren Schoenberg of The Jazz Museum in Harlem. (EDIT: this actually happened in 2009. I apologize.)

*There's been no escaping the Sue Vicory media blitz. A few examples follow. Robert Butler previews Vicory's film premiere. David Basse interviewed her on KANU. The local Fox affiliate aired a segment on Vicory that also featured a live performance by Diverse. Jerry Rapp writes about Vicory's project from a film-maker's perspective. Here are details for the May 6 premiere at the Gem Theater.

*"Pagan offers a musical landscape that concentrates on beautiful ballads crafted in a classical tinge," a critic notes of Michael Pagan's new Three of the Ages album.

*The cool kids on Twitter recently brought a 2009 review from the New York Times to my attention. It cites "drummer Kevin Cerovich." I hadn't realized the Kansas City trombonist (and sometime drummer) had worked in Eric Lewis' ELEW project.

*The Pitch offers text and a set of photos of a party held to honor Alaadeen.

*12th Street Jump returns to its new home at the downtown Marriott this Saturday.

Just read the KCJazzLark post. I'm pretty sure he was scolding the clubs and musicians, not you. For shame! ;)

Whats not to love about Clark Terry...one of the greatest trumpet players and jazz personalities of all time!! Last time I saw him a few years ago he was quite feeble and didn't play that well. The $5000-$7500 price for his services seems excessive in this economy.

Loren Schoenberg, is Executive Director of The Jazz Museum in Harlem.

Wow, KC could learn from this.

Here's a quote attributed to Schoenberg: "America does not have a first class jazz museum in a major city." Ouch!

That's interesting Anon 141. I can only hope that Terry, 89, is still working of his own free will.

I deserved that, Lee. But I get to see Marilyn Maye tomorrow and you don't. So there.

The unkindest cut of all...

Thanks for the shout-out, Bill. If you'll forgive a blatant, shameless, plug, I also want to point out that there's some background on the Orchestrion project and the techs who helped build it, plus live footage of Metheny in Vienna, here:

Oh, and one more thing: Not to be Capt. Bringdown or anything, but that seminar at Washington University that you linked to has already happened, back in November of 2009.

Don't know if they've posted anything from it online (transcripts, video, audio, summaries, etc.) but I will try to find out.

Oh man, Dean. I can't believe I'm off by a year. Sorry, readers.