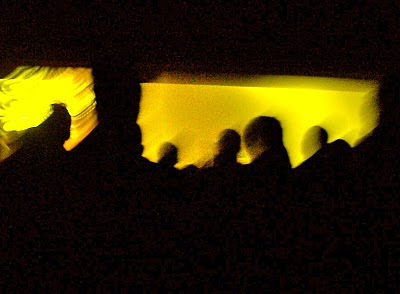 *A water main recently broke at 18th & Vine. According to this account, neither the American Jazz Museum nor the Gem Theater were damaged. Additional reports are here and here.

*Excellent insights and images related to the new Friday night jam session downstairs at the Mutual Musicians Foundation are provided by KCJazzLark.

*Will Matthews, President of the Mutual Musicians Foundation, reports that "90% of the membership is delinquent in their dues."

*Here's another rave review of Alaturka's debut album. The band performs at the Turkish Days In New York festival September 16-17.

*Steve Penn shares his impressions of the most recent Charlie Parker memorial service.

*Via Twitter: Starting Sept. 20 The Majestic will serve breakfast everyday @7AM including Sunday Jazz Brunch every Sunday. That sounds good, but what I really want is a listing of their September jazz bookings. The Majestic's online calendar hasn't been updated since last month.

*The next week is particularly appealing for Kansas City jazz fans. In addition to the Prairie Village Jazz Festival (9/11), the Crossroads Music Festival (9/11) and the start of the Kansas City Jazz Orchestra's new season (9/10), the following dates merit special notice:

*From Michael Pagan: Mike will pay tribute to jazz piano master Bill Evans, who passed away on September 15, 1980 by playing 3 hours of Bill Evans compositions and arrangements (at Cafe Trio on September 15). Additional details are at MySpace.

*Mixed Method plays its final show of 2010 at Jardine's on Saturday.

*Winard Harper returns to The Blue Room on Saturday.