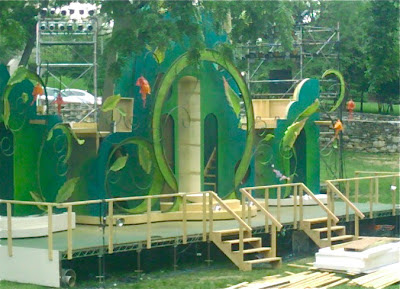 *Sometime jazz venue The Marquee will be shuttered in favor of an indeterminate lounge with a "'Jazz Age' atmosphere" according to reports in the Kansas City Business Journal and the Kansas City Star.  (Initial tip via KCJazzLark.)

*The Magic Jazz Fairy makes an angry encore at the site of KCJazzLark.  (As the curator of the Kansas City Jazz Calendar, I share the fairy's frustration.)

*Pat Metheny explains how he put his new band together.  (Tip via Pat Metheny News.)

*Libby Hanssen documents a romantic jazz-related moment at the RecordBar.

*Herb Reed, a founding member of the pop vocal ground the Platters, has died.  He was born in Kansas City in 1928.

*Comment o' the Week: Anonymous- PS(:) Much love and respect for RecordBar continuing a Sunday jazz series which I've never seen well attended, yet exists in the spirit of providing an outlet for challenging music.  Some venues recognize art for art's sake and are willing to back it. RecordBar is one of those venues.

(Original image by Plastic Sax.)
Posted by Happy In Bag at 10:30 AM