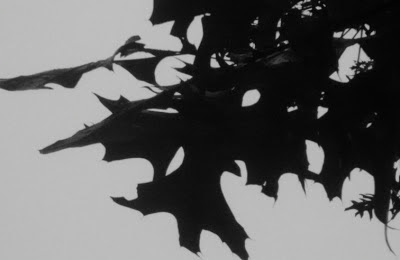 *Bassist Johnny Hamil is featured in a brief but striking video.  (Via Tony's Kansas City.)

*Even more live Jay McShann is made available by KCJazzLark.

*A couple episodes of 12th Street Jump's "Blues In the News" have been set to video.

*A collaboration with Reach is among the videos The Project H recently uploaded to YouTube.

*Comment o' the Week: The Phonologotron- I know most J@$$ers are on the leading edge of a bell curve and prone to thinking their feces smell like roses, but goddamn that 1st amendment.  I can't help but think that perhaps I might have appreciated knowing that someone beyond my parents and roommates had attended my combo concert. As all well know, parents are mostly terribly biased in their support.  I am of the opinion that most people just graduated from high school are some of the most sheltered, over-insulated, and self-centered people I have ever met. (Even myself at that age, probably more-so than most) As a result you know what most of them need? A clout to the ear and a contusion to the ego.  Add to this the common practice of parents and teachers praising "talent" over "work" and what do you get? Thin-skinned youngsters who won't try things outside of their comfort zone for fear of looking foolish or experiencing failure.  Guess what folks, thats what improvising is all about, not fearing failure. And if you fail, which hopefully is more often than not, then f&*@ing learn something from it rather than nurse your boo-boo.  People gang up on me all the time. The most common refrain is "that dude is so lame, he needs to get hisself ina practice room yo" Does it hurt my feelings? Not especially. I either have no idea or a fairly good idea who most of you anonymes are anyway so why should it matter?  Having this conversation (more like typing this monologue) I wonder how many of you will read this, how many will gloss over it, how many will take the chance to make a dig on me, and how many will use their critical faculties to have an open mind. Maybe we can all come out the other side with a changed point of view.

*From the KU School of Music: The KU School of Music is pleased to present Jazz Vespers at the Lied Center on Thursday, December 6, 2012, 7:30pm.  This year’s concert will feature the KU Jazz Ensemble I and Jazz Ensemble II, both directed by Dan Gailey, KU Director of Jazz Studies; the KU Jazz Singers, directed by David von Kampen; and the KU Jazz Combo I, directed by Matt Otto. Also featured will be Professor Chuck Berg, saxophone and master of ceremonies; Professor Vince Gnojek, saxophone; Professor John Stephens, voice; and KU School of Music Dean Robert Walzel, clarinet and saxophone.  The program will include performances of various holiday favorites, including What Child Is This?; Sleigh Ride; O Come, O Come Emmanuel; Four Santas; Bach’s Aria; Jingle Bells; Tchaikovsky’s Waltz of the Flowers; and more.  The concert is $7/general admission and $5/students and seniors, and tickets are available at the Lied Center Box Office, 785-864-2787 or at lied.ku.edu.

*From a press release: Wednesday, December 5, 2012.  The Incredibly Soul-full Vocals of Ron Gutierrez, accompanied by Charles Williams and Tim Whitmer & The Consort Band.  For Ron Gutierrez, vocal versatility developed naturally through his exposure to a wide array of music at an early age. His father, saxophonist Tony Gutierrez, was a founding member of the Topeka Jazz Workshop and his mother loved country music… He’s toured as vocalist with the world-renowned Tommy Dorsey Orchestra and other top Big Bands in the country.

*From Miles Bonny: Hola. Im back from europe to share some international soul jazz beats. Let's hang out at the new Kill Devil Club. I'm hoping this place is the beginning of the tide turning for P&L. Focus on local jazz, locally owned by Ryan Maybee who will be at the bar.

(Original image by Plastic Sax.)
Posted by Happy In Bag at 9:16 AM