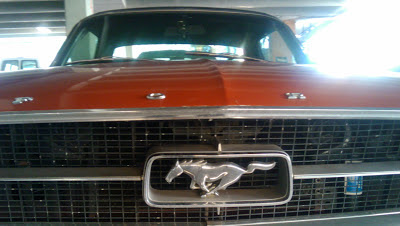 *Three songs from Chris Hazelton’s Boogaloo 7- including a cover of “Suit & Tie”- are available at Bandcamp.

*John Elliott, a beloved instructor of many Kansas City musicians, has died.

*The Pitch offers a lengthy feature on the “sophisticated dissonance” of the People’s Liberation Big Band in advance of the ensemble’s performance Sunday at the RecordBar.

*Here’s a video preview of Harold O’Neal’s Man On the Street album.

*Ahmad Alaadeen, Matt Kane and Pat Metheny were among the artists discussed in a roundup of the The Best Kansas City Music of 2013 (So Far) on KCUR’s Up To Date.

*Bobby Watson is a guest on Intuition, the new album by the Czech-based Libor Šmoldas Quartet.

*Pat Metheny accompanies Buika on ”No lo sé”, a track on the Spanish vocalist’s new album.

*Here’s the latest edition of 12th Street Jump’s ”Blues In the News”.

*Comment o’ the Week: Sam- YES!  I'm not sure J.C. Deagan could've imagined this when he was making Xylophones in the '20's.

*From a press release (note change of venue from a previously published notice): Alaadeen Enterprises (AEI), the non-profit education organization founded in 1995 by the late Ahmad Alaadeen – jazz musician and educator – plans to re-launch its jazz educational initiative on Wednesday, July 24, 2013 (his 79th birthday) at the Jazz District Patio Terrace, next to the Charlie ‘Bird’ Parker Memorial, on 18th & Paseo.

I could care less what Stanley Crouch has to say about Charlie Parker. I'm way more interested to read the new Parker bio coming out by Kansas City's own Chuck Haddix!

Thanks for the link, Bill. The Cabaret Project and the Sheldon both seem pleased that Ms. Maye will be returning to St. Louis, and I know you've written approvingly of her work here on Plastic Sax. There's a good audience for cabaret here, but they usually come out in groups of 100 or so, mostly because that's how large the venues are. It'll be interesting to see how well the Maye/Graae bill does in filling the Sheldon's 700+ seats.