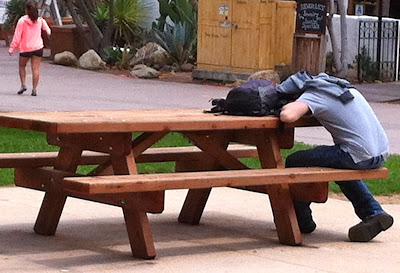 *The Kansas City Jazz Orchestra's 2013-14 season has been announced.

*The Pitch reports that the Broadway Jazz Club will open this fall.

*KC Jazz Lark explains how the lineup for the forthcoming Prairie Village Jazz Festival was assembled.

*The goal of a Kickstarter campaign for a musical about Myra Taylor is $14,000.

*Steve Lambert is the latest musician to be interviewed by Joe Dimino for Neon Jazz.

*Here's an early review of Chuck Haddix's Bird: The Life and Music of Charlie Parker.

*The Pitch reminds readers that Lonnie McFadden appears every Friday at the Phoenix.

*Comment o' the Week: tjjazzpiano- Awesome line up at the PV festival. It's nice to see a great mix of local and national talent.

*From a press release: Few artists could record two albums over the course of one week in different musical genres, with disparate personnel, and at separate studios. Yet New York City-based pianist Eldar Djangirov has done just that, and proven himself musically ambidextrous as evidenced by two remarkable, self-produced recordings for his debut on the maverick, multi-Grammy nominated Motéma Music this April and May.  Eldar's Breakthrough, recorded at Avatar Studios in New York City, releases April 9. Like the 26-year-old's 2009 disc Virtue, it features his long-standing touring trio with bassist Armando Gola and drummer Ludwig Afonso. Breakthrough breaks through to reinforce just how powerful and poignant a road tested jazz trio of young lions can be…  Bach/Brahms/Prokofiev, recorded solo at Manhattan Center Studios and available May 14, marks the pianist's second solo release, and his debut album in the classical genre.

(Original image by Plastic Sax.)
Posted by Happy In Bag at 12:43 PM