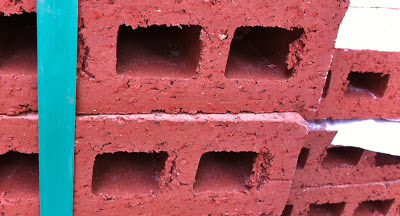 While waiting in line outside the men's room during the intermission of Eliane Elias' concert at the Folly Theater three months ago, I overheard two older gentlemen discussing the announcement for the bookings that had just been made for the forthcoming season.

"Who are they supposed to get?" the second man said.   "All the good ones are dead."

Jazz presenters don't have it easy.  Joe Klopus analyzed the latest efforts of the staffs of the Folly Theater and the American Jazz Museum for The Kansas City Star last week.  My take follows.

Poncho Sanchez featuring James Carter
Gem Theater, September 6
Poncho Sanchez doesn't perform in Kansas City every year.  It just seems that way.  Yet September's appearance will be different.  The presence of the aggressive saxophonist James Carter adds another excellent showman to the high-energy bill.
Grade: B

Gretchen Parlato Quartet
Folly Theater, October 5
Gretchen Parlato has become a star in the jazz world since she performed as a sideman in the band of David Binney at the Folly Theater in 2009.  She's an intriguing, forward-thinking talent.
Grade: B+

Jonathan Batiste & Stay Human
Folly Theater, January 17
Look out, Wynton Marsalis- another handsome neo-conservative jazz musician from a prominent New Orleans family is hot on your heels.  I've yet to see the young pianist Jonathan Batiste.  My relatively low grade could be erroneous.
Grade: B-

Brad Mehldau Trio
Folly Theater, April 19
Pianist and composer Brad Mehldau is arguably the most important jazz-based artist under the age of 50.
Grade: A

John Scofield Organic Trio
Folly Theater, May 10th
Überjam Deux, the title of John Scofield's latest album, serves as a reminder that the guitarist appeals to the jam band crowd.  People who follow Umphrey's McGee and occasional Scofield collaborators Medeski Martin and Wood will flock to 12th Street to hear the influential improvisor.
Grade: B+

(Original image by Plastic Sax.)
Posted by Happy In Bag at 12:03 PM