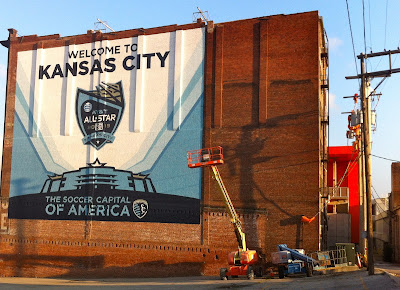 *The Kansas City Business Journal reports on the city's ongoing investments in the Jazz District.

*Michael Shults performs on a new release by the Joe Duran Nonet.

*The International Association of Jazz Record Collectors' convention will be held in Kansas City in September.

*Comment o' the Week: Nigel- Sure miss all the great dialogue we used to have on this blog.

*From Take Five Coffee: We've got a weekend of serious music therapy sure to get down inside you and correct what ails you… Both shows start at 8pm, and cost a mere $5 at the door. (As always, the whole door goes to the musicians.)  Friday night, it's the Chris Hazelton Trio. An emerging master of the B3, Hazelton brings Danny Embrey on guitar and Kevin Frazee on drums. The room will jump. Get in early so you have a place to land.  Saturday night the marvelous, mischievous and magical Miss Megan Birdsall will sing jazz as only she can. And what a group she's got behind her: TJ Martley on piano, Danny Embrey on guitar, Bob Bowman on bass and Tim Cambron on drums.