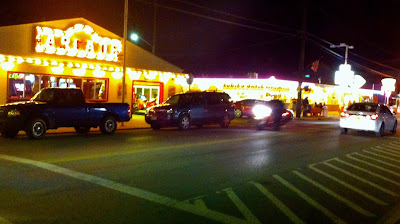 Harold O'Neal relocated to New York several years ago, but he still has Kansas City on his mind.

Man On the Street, O'Neal's new album, opens with a tune titled "The Deen of Swing."  The song is almost certainly a tribute to the late Ahmad Alaadeen, one of O'Neal's mentors as he grew up in Kansas City.

Bobby Watson also gave the young pianist's career a significant boost. "Is It This," the second track on the album, is a melodic tune in the style of Watson.  Other tracks, including "P.L.C,," advance the hard bop theme of Man On the Street.

The most interesting tracks, however, are the least conventional selections.  The mystical "Childlike" is thoroughly enchanting.  The impressionistic solo piano piece "Gossamer's Lilt" is the highlight of the album.  O'Neal's band- saxophonist Marcus Strickland, bassist Joe Sanders and drummer Marcus Gilmore- is strong, but it's O'Neal's classically-inspired playing that differentiates his music.

In spite of the album's title, very few of the sounds of Man On the Street will jump out at listeners not already conversant in the jazz language.  Jazz hounds, however, will relish the project.