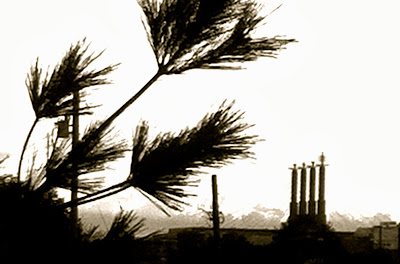 I like Boulevard beer.  And I like the American Jazz Museum.  It was a given that I would diligently cast votes for the museum in the brewery's Boulevard Loves KC charitable campaign during the past ten days.  The museum was one of three charities designated to receive funding based on quarterly sales of Boulevard's KC Pils brand.  The charity with the most votes receives 60% of the funding.  The other two split the remaining 40%.

Between the daily votes I cast on my home network and elsewhere on my cell phone, my efforts represent over two percent of the 659 votes cast for the museum.  With a few hours remaining, The KC Pet Project has received 56% of the votes while the museum's tally accounts for 8%.  I'm not surprised that the museum lost- people in Kansas City are loopy for cats and dogs- but the paucity of votes for the museum is alarming.

I'll surprise longtime Plastic Sax readers by suggesting that the problem isn't that the audience for jazz is too small.  Instead, I believe it's too divided.  There's little consensus on what styles of jazz and which Kansas City jazz institutions merit support.

The majority of the over 1,000 people who attend every concert by the Kansas City Jazz Orchestra at Helzberg Hall probably aren't terribly concerned with the legacy of Charlie Parker.  Most of the supporters of the jam sessions at YJs don't feel a strong connection to the American Jazz Museum.  There's little overlap between fans of the outside sensibility of Snuff Jazz and the stride piano of Bram Wijnands.  During a free Jazz Winterlude concert in January, people waiting for an appearance by swing vocalist Deborah Brown didn't hide their displeasure with a forward-thinking acoustic performance by Julian Lage and Jorge Roeder.  Many of Lage's fans left Yardley Hall before Brown's set began.

We can talk about the digital divide and disagree over the policies of publicly-supported institutions, but until the entirety of the jazz community can rally around a single idea, the current fractured state of affairs will continue to weaken the entire scene.

(Original image by Plastic Sax.)
Posted by Happy In Bag at 11:46 AM

The first time I heard about the Blvd. charity project was a couple days before it ended. I had seen no advertising whatsoever until a last minute half-***** attempt at getting AJM audience members to vote. Of course they lost! The AJM marketing team needs some serious rethinking. Just trying to negotiate the website gives me headache. See for yourself by trying to find out who is playing at the Blue Room in October.

Mr. Butler has big ideas but unfortunately none of them are very good. The incentives were poor and the project was poorly outlined.

"The majority of the over 1,000 people who attend every concert by the Kansas City Jazz Orchestra at Helzberg Hall probably aren't terribly concerned with the legacy of Charlie Parker."

Really? Did you ask them individually? They, unlike the younger musicians in town, actually grew up when Parker's music was being produced. I think they might surprise you.

You use the word "sensibilty" a lot. What do you mean by that?
Alex

There isn't a consensus to be had. Nor should there be. And if there was, it certainly wouldn't be the jazz museum.

I've lived here for a few years now and never understood why I'm supposed to care about that museum or 18th and Vine as a whole.

"There's little overlap between fans of the outside sensibility of Snuff Jazz and the stride piano of Bram Wijnands." What is wrong with that? Isn't that to be expected? The suggestion that "jazz fans" should support all sytles of jazz seems a little ludicrous.