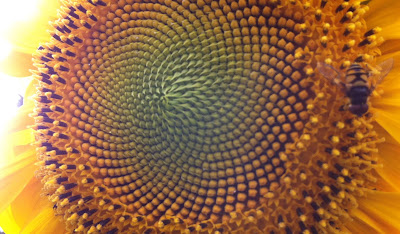 *The American Jazz Museum unveiled the complete schedule for the 18th & Vine Jazz and Blues Festival.

*A portion of Chuck Haddix's biography of Charlie Parker was excerpted by The Kansas City Star.  The Star also published a review of both Haddix's and Stanley Crouch's Parker biographies.

*Libby Hanssen reviewed the Prairie Village Jazz Festival.  The PV Post offers a couple photos of the event and reports on a bit of related whining.

*A concert by Eddie Moore and the Outer Circle and Project H was documented by KC Jazz Lark.

*The Kansas City Kansas Public Library is hosting a series of jazz-related events under the auspices of Bop in the Dotte.

*Comment o' the Week: Michael- You decided against posting the clip of Watson and Harrell totally destroying him at the JVC Festival? I admire your restraint, Happy.

*Tweet o' the Week: KC Jazz Lark- Thank you to everyone at yesterday's Prairie Village Jazz Fest. The night's crowd was our largest ever. Every group on stage was wonderful.

*From Take Five Coffee: September is a powerhouse month for us, and this week we kick it into high gear with three shows by elite performers of every stripe.  Thursday, September 12, 7pm:  Hermon Mehari and Andrew Ouellette on keys. $5 cover.  Friday, September 13, 8pm: Roger Wilder Trio.  We’re thrilled to have Roger back in the house leading his own trio with Seth Lee (bass) and Sam Wisman (drums) ready to make your Friday the 13th definitively UN-scary. $5 cover.  Saturday, September 14, 8pm: Grisha Alexiev and Diana Herold.  The last time Grisha (drums) and Diana (vibes) were in town they were simply mesmerizing. From NYC, this husband/wife percussive duo will be joined by Ron Carlson (guitar) and Greg Clinkingbeard (bass) for one amazing evening of music.  Both are respected composers; Grisha has performed with the likes of Sam Rivers and John Cage and Diana with Yo Yo Ma, Wynton Marsalis and They Might Be Giants among others.  They're also two of the nicest people you'll meet anywhere.  Come on out for a great evening with out-of-town guests! $5 cover.

(Original image by Plastic Sax.)
Posted by Happy In Bag at 9:51 AM