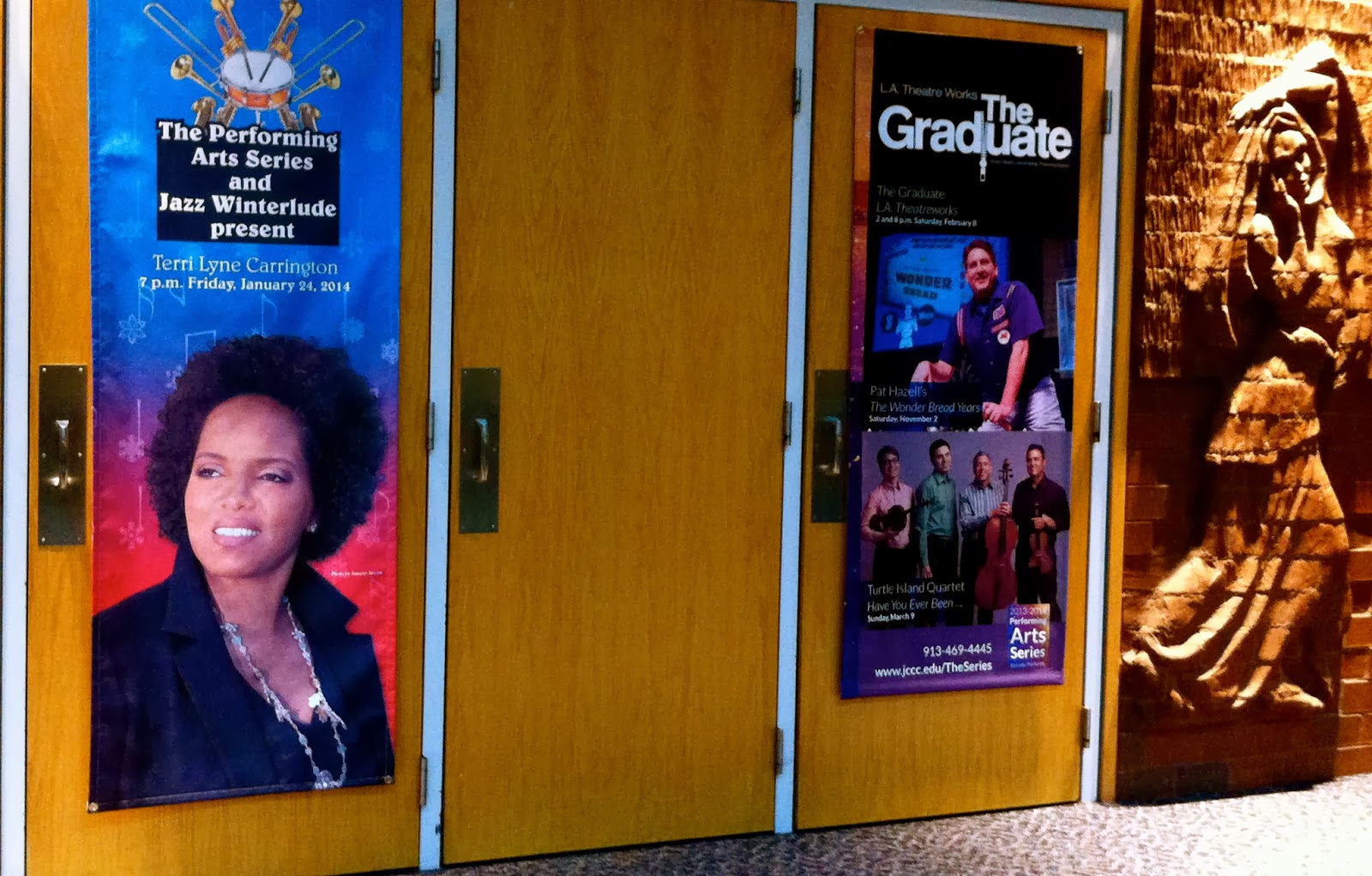 Terri Lyne Carrington and Gerald Clayton competed against each other in the category of "Best Jazz Instrumental Album" at Sunday's Grammy Awards.  Carrington's Money Jungle: Provocative In Blue beat out four other albums including Clayton's Life Forum.  In her acceptance speech, Carrington noted that she's the first woman to receive a Grammy in the category.

That's why the initial 15 minutes of Friday's concert at the Jazz Winterlude festival was so frustrating.  Rather than attempting to replicate Money Jungle's sonically daring arrangements, the all-star band led by Carrington merely jammed.  Hearing a band featuring two of the most illustrious jazz musicians under the age of 50 doing little more than coasting was infuriating.

The audience of about 325 eventually heard the band coalesce.  The performance became increasingly interesting, culminating in a stellar rendition of "Rem Blues/Music" that featured Tia Fuller's evocative recitation of Duke Ellington's poem.  Clayton's "Shut Off"- a theme based on Ellington's "Solitude"- was stunning.  He and Carrington went on to ride a mesmerizing riff for over two exuberant minutes.

Inspired partly by the frolicsome bassist Zach Brown, Carrington's phenomenal drumming was suffused with joy.  While she had great ideas, saxophonist Fuller had a shockingly tiny tone.  Guitarist Nir Felder chose to play with a similarly small sound.  These drawbacks, along with the sluggish start, ultimately made the good-but-not-great concert less than the sum of its considerable parts.

(Original image by Plastic Sax.)
Posted by Happy In Bag at 5:15 PM