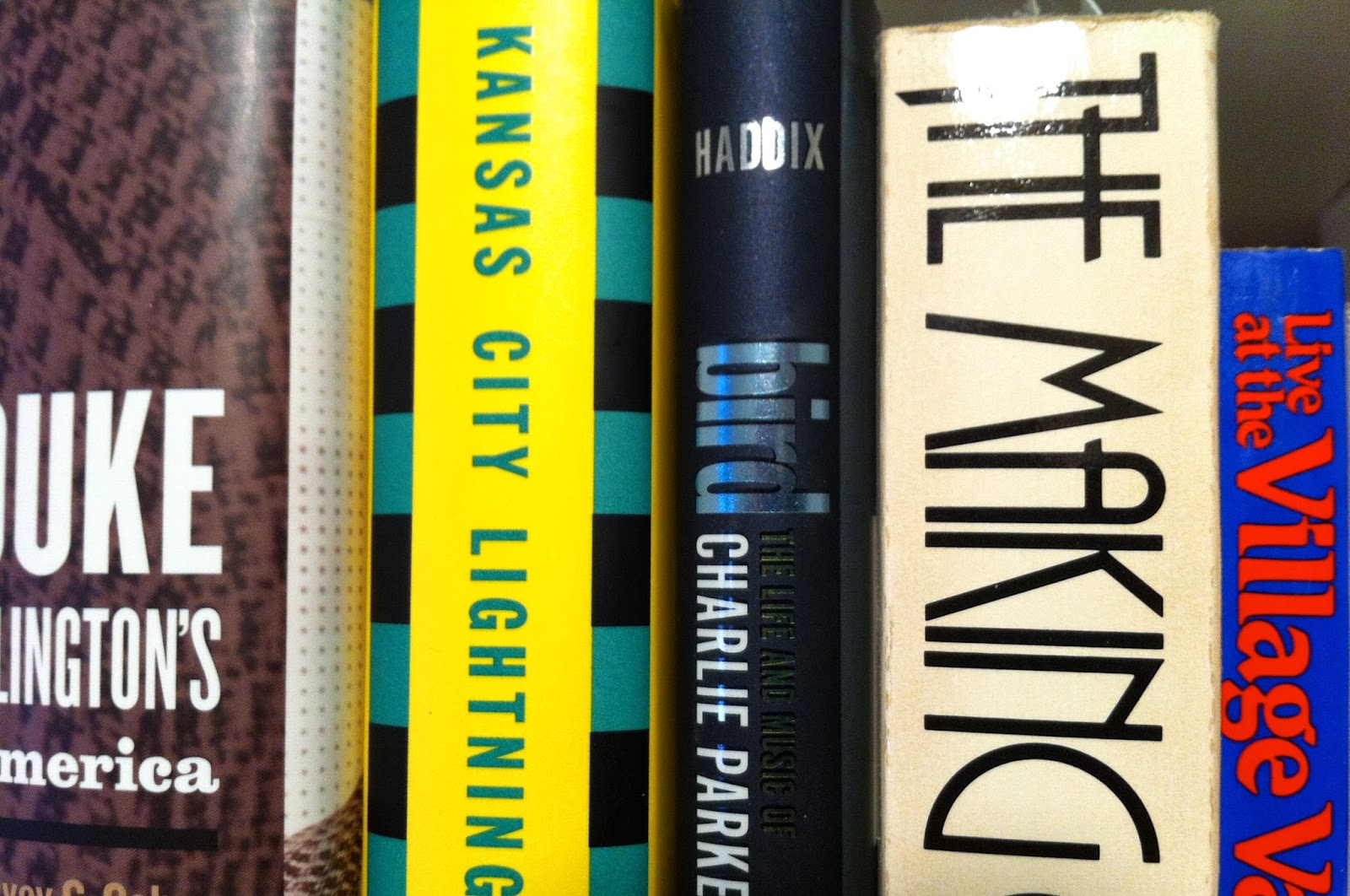 After reading Chuck Haddix's Bird: The Life and Music of Charlie Parker, I waited a few months before picking up Stanley Crouch's Kansas City Lightning: The Rise and Times of Charlie Parker.

I feared the books would be overly similar.  In spite of a shared subject, the concurrent works couldn't be more different.

Haddix's biography serves an as invaluable instruction manual for fans interested in retracing Parker's footsteps in the Kansas City area.  Crouch seemingly intends to write a comprehensive cultural history of the United States during the first half of the 20th century.

By employing the ubiquitary Parker as his lead character, Crouch is able to examine subjects ranging from railroads to the adaptation of horses by Native Americans.  Musicians including Roy Eldridge, Jay McShann, Gene Ramey and Buster Smith merit detailed analysis.  Each of Crouch's digressions is fascinating.  Crouch is seen by many as an oppressively conservative observer of contemporary culture.  His championing of the disruptive brilliance of Parker, consequently, is exceedingly fascinating.

The masterfully written Kansas City Lightning concludes in 1940 when Parker is just 20, meaning that fans can look forward to additional volumes about Parker from Crouch.  I can't wait.

(Original image by Plastic Sax.)
Posted by Happy In Bag at 11:36 AM