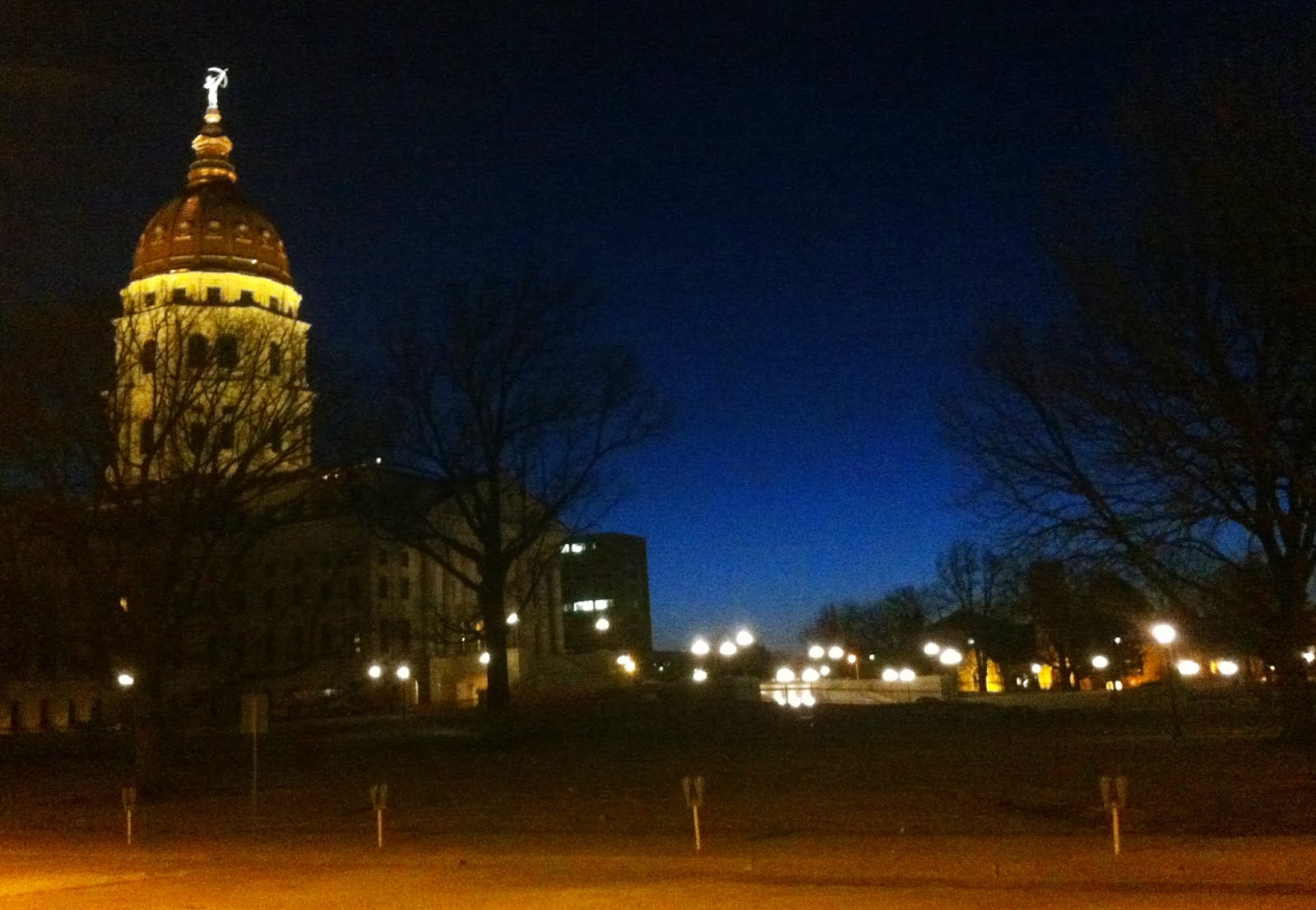 Shortly before Saturday's concert by the Pat Metheny Unity Group began, a representative of the Topeka Performing Arts Center encouraged the few dozen people who had purchased $35 balcony tickets to move to one of the many open seats near the stage.  I kicked myself for splurging on a $55 ticket an hour earlier.

All such earthly considerations were forgotten when the music began.

My vantage point allowed me to pick up on nuances that had previously eluded me.  Metheny's comping is almost as inventive as his solos.  Saxophonist Chris Potter's lustrous tone is achieved in part through perfect posture.  Bassist Ben Williams has a great smile.  Drummer Antonio Sanchez is equal parts brainiac and athlete.  Because he was positioned behind Sanchez on the crowded stage, I couldn't see multi-instrumentalist and vocalist Giulio Carmassi.

As I predicted in my harsh review of the group's new release Kin, the compositions that sound bombastic on the album proved to be transcendent in a live setting.  What I didn't anticipate was my cathartic reaction to the serenity of "Born."  Potter's statement on the devastatingly beautiful ballad left me convinced that it's one of Metheny's strongest compositions.

The enchanting solo guitar pieces that opened and closed the 135-minute concert were highlights.  Also beyond compare: Metheny's duets with each member of the band, the aggressive harmolodics of Song X's "Police People" and the preposterously brilliant flourishes from the Orchestrion.

A friend suggested after the concert that Metheny is "the Mozart of our time."  I don't disagree.  So where was everybody?  The audience of less than 400 didn't fill a fifth of the venue.  Then again, Metheny's recent concerts at the Folly Theater (2012), Liberty Hall (2011) and the Uptown Theater (2010) didn't come close to selling out either.

One of the picket signs held by the infamous Topeka-based agitators outside the venue referenced Revelations.  Here's a more pertinent passage from Luke: "No prophet is accepted in his own country."

---
Bill Berg also reviewed the concert for The Topeka Capital-Journal.

(Original image by Plastic Sax.)
Posted by Happy In Bag at 11:06 AM