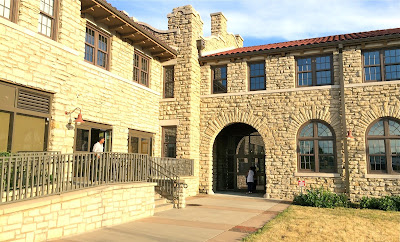 Bobby Watson, one of the most talented and quotable people in Kansas City, was featured in a Community Stories forum at the Black Archives on Thursday, June 30.  Eighteen people heard Glenn North interview the saxophonist and educator.  A few of Watson’s remarks follow.

The first song I played for the church was “The Battle Hymn of the Republic.”  Everyone said “amen”- there wasn’t no applause.  - on his first public performance as a child

A lot of brothers at that time weren’t playing jazz, they were playing funk. - on why he regularly performed with white musicians such as Gary Sivils, Paul Smith and Tommy Ruskin in the 1970s

It was like a real scary drive, even for me.  It wasn’t happening. - on visiting the Jazz District in the 1970s

It was such a great feeling to leave a place knowing you hadn’t done anything wrong when the sun was coming up. - on spending an entire night jamming at the Mutual Musicians Foundation

Bob Brookmeyer is down- he’s passed away- but he’s still down.  -on how the late trombonist excelled in jam sessions at the Mutual Musicians Foundation

Gerald Wilson told me that was the first song that used the word “swing.” - on Bennie Moten’s “Moten Swing”

We have this heavy church influence in this part of the country. - on the soulfulness of Kansas City jazz

His sound had such an aura of optimism and hope, and triumph over adversity. - on Charlie Parker

It’s my night, I’m doing them a favor by mentioning their names. - retort to North when asked to elaborate on the achievements of his protégés

They’re like a bad penny, they just keep turning up. - on the hustle of young Kansas City jazz musicians

People need to get with it, quickly. Stop being wrong, stop being prejudiced… you’re sitting on a gold mine here. - on opponents of additional city funding for the Jazz District

Watson performs at the Blue Room on Friday, July 8.

(Original image of the Black Archives by Plastic Sax.)
Posted by Happy In Bag at 8:14 AM