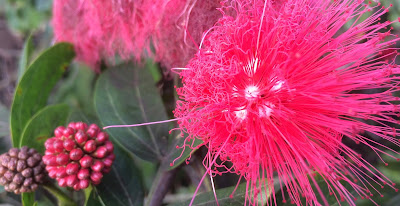 Cyrille Aimée won over a skeptical audience of about 300 at the Folly Theater on Friday.  Even though the French vocalist has been receiving rave reviews for a decade, she’s still relatively unknown in Kansas City.

I became convinced that my $20 ticket was a solid investment during the fourth selection.  A ravishing interpretation of the Dominican icon Juan Luis Guerra’s “Estrellitas y Duende” made me realize that while her petite voice is as small as a hummingbird, Aimée’s instrument possesses the spectacular beauty, speed and fearlessness associated with the tiny creatures.

The trumpet and vocal flourishes Wayne Tucker added to most songs were delightful, but the versatile pianist Hila Kulik was clearly the audience’s favorite accompanist.  Bassist Tamir Shmerling and drummer Dani Danor added dynamic support on a setlist that included striking original compositions, Adler and Ross’ "Whatever Lola Wants," Michael Jackson’s “Off the Wall” and Lerner and Loewe’s “I Could Have Danced All Night.”

Aimée did, in fact, dance all night.  And she never stopped smiling.  Her ebullience was merited.  The creative quintet’s imaginative approach combined a clear adoration of jazz tradition with healthy irreverence.  Exasperated by a couple false starts on a looping device during a solo segment, Aimée endearingly sighed that “it’s all part of the show.”

Aimée’s self-deprecating humor, effervescent spirit and boundless talent secured her show placement on short lists of the musical highlights of 2018.

(Original image by Plastic Sax.)
Posted by Happy In Bag at 11:10 AM

The bassist, Tamir, was my favorite accompanist. While he was highlighted during the duet with Cyrille, his playing throughout was impeccable.