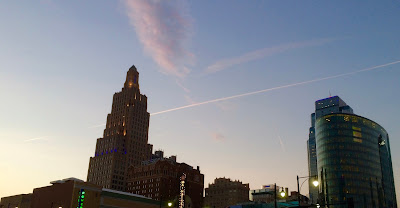 Everyday, Forever, the fourth album by The Project H, comes with strings attached.  The signature components of the Kansas City instrumental band’s sound- bold horns, sturdy melodies and unwavering grooves- are supplemented by a string quartet on half of the album’s ten tracks.

The strings add subtle shadings to “Black Swan,” provide a rhapsodic introduction to “The Company You Keep” and help make “Ripple Effect” one of the most animated tracks in the Project H’s catalog.

Yet the Project H’s emblematic good-time vibes are the most appealing aspect of Everyday, Forever.  Accessible but smart, the ensemble remains an elite party band for bacchanalian revelers as well as for members of Kansas City’s intellectual elite.

The Project H’s second and third albums were reviewed at Plastic Sax in 2012 and 2014.  Everyday, Forever will be released on March 23.  The band will celebrate the project at the Westport Coffee House on Wednesday, April 4.  A trio led by Mark Lettieri of Snarky Puppy will also perform.