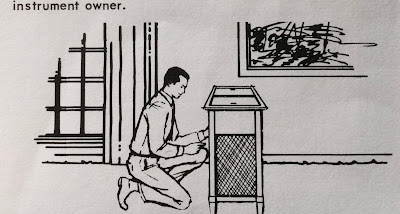 *Trevor Turla, a senior in UMKC’s Jazz Studies program, shares interesting insights into his prospects as a jazz musician in Kansas City with the student newspaper.

*The Anat Cohen Tentet will perform at the Gem Theater on Saturday, April 7.  Tickets are available here.

*Footage of a Tiny Desk concert featuring Logan Richardson and his band is slated to be uploaded by NPR on April 23.

*Comment o’ the Week: Anonymous- Interesting, Otto and Cardenas are the only musicians known internationally......

*From a press release: CinemaKC, a non-profit film organization which spotlights films and filmmakers in the Kansas City area, will partner with sponsor KC Film Office at VisitKC, to present a series of classic feature films that were filmed in the region, with Kansas City locations, cast and crew.  The screening series will be a reunion of personnel who worked on the projects, as well as an opportunity to introduce new audiences to the big-screen experience… The first film in the series, Kansas City... will screen on Sunday, June 10, 2018 at 3:30 PM at the beautiful Screenland Medallion Theater...  Prior to the screening, at 2:15pm, VIP ticket holders will enjoy live jazz music at a VIP jazz reception, co-sponsored by KC Jazz ALIVE and GreenLadyRadio.com. General Admission $10 – Open Forum, Screening and Q&A afterwards.  VIP $25 – VIP Jazz Reception, Open Forum, Screening and Q&A.

*From a press release: Artists Recording Collective (ARC) recording artist, Christopher Burnett has announced that his working Christopher Burnett Quintet (CbQ) comprised of Kansas City-based professional musicians will be going into the studio to record in the fall of 2018. He said this new recording project initiative corresponds with the ensemble’s monthly first Saturday residency at Black Dolphin… (Burnett) will manufacture a limited edition run of heavy-vinyl LP records for audiophiles who'd like to have a physical product.”

(Original image of Magnavox manual by Plastic Sax.)
Posted by Happy In Bag at 8:52 AM