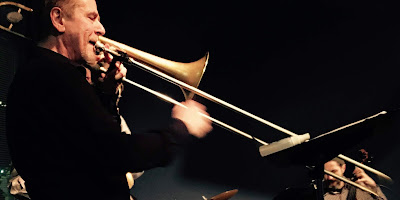 (Original image by Plastic Sax.)
Posted by Happy In Bag at 10:38 AM No comments:


Arturo Sandoval regularly rubs shoulders with other legends.  The trumpeter collaborated with icons including Plácido Domingo and Ariana Grande on his 2018 album Ultimate Duets.  He works with the pop star Prince Royce in the embedded video.  Sandoval will focus on Latin jazz at the Folly Theater on Saturday, April 27.  Every area gig is listed on The Kansas City Jazz Calendar.
Posted by Happy In Bag at 2:04 PM No comments: 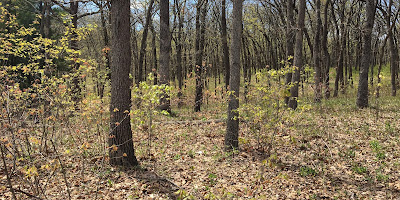 (Original image by Plastic Sax.)
Posted by Happy In Bag at 8:40 AM No comments:

Concert Review: The Joshua Redman Quartet at the Folly Theater

Joshua Redman is one of the elite jazz musicians of his generation partly because of his versatility and range.  He showcased the conventional side of his talent at the Folly Theater on Thursday, April 11.  The celebrated saxophonist, 50, and his longtime touring band of pianist Aaron Goldberg, bassist Reuben Rogers and drummer Gregory Hutchinson, played more than 90 minutes of mainstream jazz for an audience of more than 600.  Five of the nine songs on the setlist were drawn from the group’s strait-laced new album Come What May.  Rather than offering the thrill of the new, the quartet demonstrated that mainstream jazz needn’t sound routine.  Even at his dullest, Redman is one of the most exciting men in jazz.

Setlist: Circle of Life, How We Do, Come What May, Shed, I’ll Go Mine, Bloomdido, Stardust, DGAF, Yesterdays

(Original image by Plastic Sax.)
Posted by Happy In Bag at 8:49 AM No comments:

Now's the Time: The Chicago Plan


Trombonist Steve Swell and saxophonist Gebhard Ullmann will perform at the Blue Room on Friday, April 26, under the auspices of The Chicago Plan.  The extremely rare avant-garde booking at the Blue Room is part of the ongoing Goethe Pop Up festival in Kansas City.  Swell and Ullman will be joined by cellist Fred Lonberg-Holm and drummer Michael Zerang.  Every area gig is listed at The Kansas City Jazz Calendar.
Posted by Happy In Bag at 1:40 PM No comments:

*The editorial board of The Kansas City Star chastises the city for spending hundreds of thousands of taxpayer dollars on last year’s Open Spaces festival.  A recap of the artistically audacious but woefully attended festival is included in Plastic Sax’s end-of-the year survey of Kansas City’s jazz scene.

*Not a single Kansas City musician or institution is among the dozens of nominees in the Jazz Journalists Association’s JJA Jazz Awards 2019.

*Logan Richardson’s return to the Blue Room is previewed by The Kansas City Star.

Concert Review: Assif Tsahar and Tatsuya Nakatani at the 1900 Building

An Israeli saxophonist and a Japanese percussionist walk into an office building in Kansas…  It’s not the opening line of an offensive joke.  Instead, the unlikely scenario resulted in a bracing avant-garde recital at the 1900 Building on Wednesday, April 10.  Longtime friends and collaborators Assif Tsahar and Tatsuya Nakatani played two brief but incendiary sets.  I paid $21 to join three dozen people at the improvisatory freakout.

Tsahar wailed like a free jazz superhero on tenor saxophone as Nakatani banged on drums, sawed on gongs and did untoward things to cymbals.  I’ll admit to later goofing on Nakatani’s manic style with pots, pans and utensils in my kitchen, but I can’t come close to replicating his expert form of mayhem.  Even when pieces of Nakatani’s kit accidentally fell to the floor, the timing of each crash was perfect.

I understand why skeptics doubt the sanity of audiences who intentionally subject themselves to free jazz.  “Is it even music?”  Yet the question answers itself.  I may not encounter more vital music in 2019 than the cacophonous commotion created by Tasahar and Nakatani in Mission Woods, Kansas.

Logan Richardson is one of a handful of musicians from the Kansas City area who have been featured on an episode of NPR’s illustrious Tiny Desk Concert series.  The saxophonist’s 2018 contribution to the showcase is embedded here.  Richardson performs at Blue Room on Thursday, April 18.  The concert is one of the day’s 18 gigs listed on The Kansas City Jazz Calendar.
Posted by Happy In Bag at 2:28 PM No comments:

*Ernest Melton is featured in a brief video profile created by Google.

*The Kansas City Star includes an upcoming performance by the Joshua Redman Quartet among its weekly concert previews.

*Moon Hooch will perform at the Encore Room on July 10.

*Tweet o’ the Week: Uptown Arts Bar- Tonight and every Thursday 7pm-1am All That Jazz Karaoke at @UptownArtsBar

(Original image by Plastic Sax.)
Posted by Happy In Bag at 8:19 AM No comments: 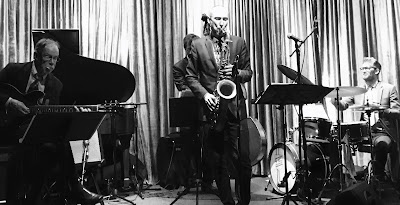 (Original image by Plastic Sax.)
Posted by Happy In Bag at 2:43 PM No comments:


The modern-day jazz giant Joshua Redman last performed in Kansas City with the Bad Plus in 2016.  (I reviewed the concert for The Kansas City Star.)  The saxophonist was in equally fine form as a headliner of the Charlie Parker Jazz Festival in New York in 2017.  (I reviewed the event at Plastic Sax.)   Redman will be joined by pianist Aaron Goldberg, bassist Reuben Rogers and drummer Gregory Hutchinson at the Folly Theater on Thursday, April 11.  The concert is one of more than 20 of the evening’s performances listed at The Kansas City Jazz Calendar.
Posted by Happy In Bag at 1:57 PM No comments: 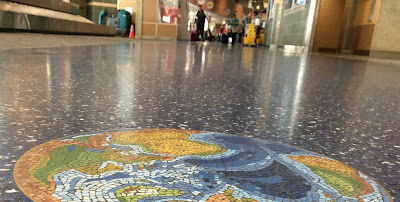 *A critic for a British newspaper praises Hermon Mehari in a concert review that suggests “our side of the pond is where jazz is at in 2019.”

*Jazz St. Louis is presenting April and May performances by the Branford Marsalis Quartet, Marcus Strickland with Ron Miles and Matt Wilson, the Brad Mehldau Trio, the Pedrito Martinez Group, Arturo O’Farrill, Jazzmeia Horn and the John Pizzarelli Trio with Catherine Russell.  Not one of these stars is slated to appear in Kansas City.

*Tweet o’ the Week: UMKC MNL- Are you around campus this week? Check out one (or all) of our exhibits! Floor G: Focusing on Faces, A Life in a Year Part 3 Floor 3: Jay McShann's Kansas City Floor 4: Poetics of Invention, a traveling exhibit from OU