Hearts of Darkness began receiving lavish praise at Plastic Sax in 2009. Even though a portion of my enthusiasm for the ensemble undoubtedly stems from the scarcity of Afrobeat bands in the Midwest, I stand by every word of my purple prose. I might be more critical if I regularly travelled to Lagos. That's why the opportunity to hear Hearts of Darkness open for Seun Kuti at the Granada on Friday, March 30, could be revelatory. How do the local heroes stack up against an act that includes members of Fela Kuti's Egypt 80 band? No pressure, guys.
Posted by Happy In Bag at 11:18 AM No comments: 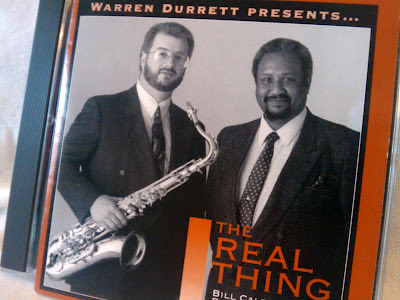 *Bill Caldwell has died. The saxophonist was 49.

*Steve Miller, a popular Kansas City bandleader for decades, has died. He was 84.

*"It's still a nightmare of monumental proportions," Hearne Christopher suggests in an update about Jardine's in which he implies that the local audience for jazz is "nowhere to be found in numbers greater than 20 to 50 - sometimes maybe 100 - on any given night." Christopher filed a second report here.

*The redevelopment of the Jazz District is examined by KCJazzLark.

*Tweet o' the Week: Todd Wilkinson: RIP Bill Caldwell. You were a good friend and great musician. I'll miss you very much.

*From the American Jazz Museum: The American Jazz Museum is pleased to announce its 2012 Musicians & Artists Pro-Symposium, an informal career and business development luncheon and workshop… Artists of all disciplines are invited to attend, at no cost, courtesy of US Bank. (The) event is Saturday, April 14th… (A) panel is comprised of an impressive array of artists and musicians, featuring: Maurice Brown (and) Logan Richardson.

(Original image by Plastic Sax.)
Posted by Happy In Bag at 7:54 AM 2 comments: 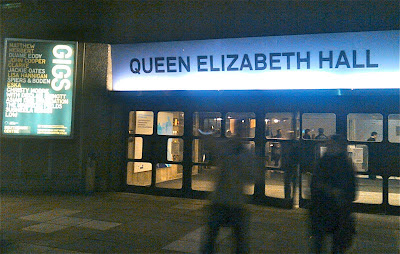 The pianist's Nordic cool is typical of the approach associated with the jazz released by ECM Records. Gustavsen focused on material from his new album The Well. His set sounded more or less like this.

As I suggested in a recent review of an Enrico Rava concert, I'm curious about the way musicians recreate the ECM chamber jazz approach in live settings. The key to the quiet intensity of Gustavsen's concert was the highly stylized drumming of Jarle Vespestad. He contributed complimentary textures rather than keeping time. I dug it.

I was less comfortable with Gustavsen's vampire-like countenance. Because I'm not certain he's really isn't a Dracula-esque immortal, I'm almost glad I was seated near the back of the large auditorium.

An audience of approximately 750 also heard an opening set by Susanna Wallumrod. She and her two-piece band sounded like Tori Amos on a Terje Rypdal jag. This cover of Thin Lizzy's "Jailbreak" wasn't on the set list, but it captures her sensibility. Wallumrod's music isn't my thing (at all), but I fully embrace the concept of jazz acts being featured on compatible cross-genre double bills.


Geri Allen and Tierney Sutton will perform in a compelling double bill at the Gem Theater this weekend. I'm less familiar with Allen's work as a leader than I am with her stellar contributions to recordings by a few of my favorite artists. Steve Coleman, Paul Motian, Chico Freeman, Gary Thomas and Betty Carter are among the stars she's supported. Allen performs at the Gem Theater on Saturday, March 24. Joe Klopus wrote an excellent preview of the show.
Posted by Happy In Bag at 2:10 PM No comments: 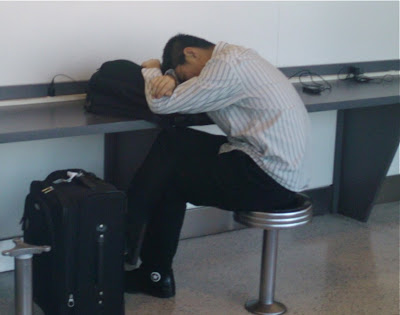 *Editor's note: Plastic Sax has been dormant while I've been on holiday. Today's bleary installment of Confirmation, consequently, is certain to be filled with glaring omissions and embarrassing oversights.

*The 2012 edition of the Jazz in the Woods festival features Jonathan Butler, Oleta Adams and the Elders.

*Tim Finn reports on pre-SXSW preparations made by Kansas City artists including Hermon Mehari and Hearts of Darkness.

*July's All-Star Game in Kansas City may provide a boost to the Negro Leagues Baseball Museum and the American Jazz Museum according to a positive feature in The New York Times.

*The successful tourism appeal of Beale Street is contrasted to the Jazz District's struggles in a think piece in The Atlantic.

*As a a jazz commentator, Sam Mellinger is a great sports columnist.

*New footage of Eldar performing with the Russian National Orchestra is very nice.

*Millie Edwards and Michael Pagan were featured in the Leavenworth Times.

*A publication in Oregon offers a nice interview with Bobby Watson.

*The Kansas City Kansan notes a recent success by the KCKCC jazz program.

*Tweet Facebook Status o' the Week: Michael Shults- If I hear another college "jazz" ensemble that doesn't try to swing I am lighting myself on fire. Sick of left-handed pansy music. Play like a man please!

*From Hermon Mehari: On Saturday, March 24th, Kansas City based trumpet player and educator Hermon Mehari will present a concert featuring the Kansas City High School All Star Jazz Ensemble at the recordBar. This 16-piece ensemble of the finest high school area players will be doing a tribute to the music of Duke Ellington and Count Basie. The show is from 7- 9 PM and it will be divided into two sets of music with an intermission. recordBar is located at 1020 Westport Rd. Admission is $10.

*From Jason at Jaskki's Tobacco Cafe: (W)e have First Friday spots available and would to track down some local jazz musicians to perform at our tobacco shop/hookah bar/smoking lounge. We are looking for 8-11pm on the First Friday of each month to coincide with our free hookah smoking event that runs from 7-11pm on First Fridays. The last two months we have averaged about 250 people per night for the event and would love to keep supplying those folks with some great local jazz.

(Original image by Plastic Sax.)
Posted by Happy In Bag at 7:11 AM 3 comments:


The reputation of the SF Jazz Collective is so imposing that the presence of the otherwise excellent Antonio Hart will represent a disappointment when the band performs at the Lied Center on Wednesday, March 14. He replaces MacArthur genius grant recipient and sometime Charlie Parker revivalist Miguel Zenon. Among the familiar faces appearing in the all-star band is frequent Bobby Watson collaborator Edward Simon.
Posted by Happy In Bag at 7:48 AM No comments: 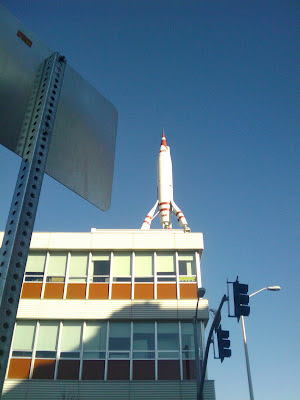 *Radio program 12th Street Jump is the subject of a lengthy feature in KC Studio magazine.

*Benny Golson's recent appearance at the Blue Room is documented by KCJazzLark.

*Seventeen minutes of footage documenting the opening ceremonies of the new Ella Fitzgerald exhibit at the American Jazz Museum are posted at the institution's site.

*Topeka seems to be Carol Welsman's kind of town.

*Radio station 1660AM, formerly known as KXTR and Radio Bach, dumped its classical format. I believe the station broadcast a weekly dixieland program.

*The Star provides a survey of jam sessions in Kansas City.

*Hey! It seems as if Californo's films performances that take place in the Westport venue. Here's David Basse performing with an all-star band.

*The Dirty Dozen Brass Band will perform May 24 at Crossroads KC.

*A Harold O'Neal gig is previewed by Time Out: New York.

*The Kansas City Jazz Calendar has been tweaked.

*Comment o' the Week: Anonymous: Well, crap. It'd been an audience of at least 26 if I'd known about it. C'mon jazz dudes promote your gigs - at least a little!

*Via Facebook: Battle of the Big Bands! New Jazz Order & Boulevard Big Band. Thursday, March 22, 2012. 8:00pm until 11:00pm. Come check out two of KC's top big bands squaring off on March 22nd! You'll get a chance to hear some of the best talent the city has to offer - two bands, one bill, swinging all night long. Come hang! $5 cover.

*From Jim Mair: KCKCC Jazz Ensembles in concert. Monday March 12, 4:30-8:30pm. Jazz: A Louisiana Kitchen at The Legends/Speedway in KCK. No cover. Groups under the direction of Jim Mair, John Stafford II and Jurgen Welge. Dinner and Drink Specials.

(Original image by Plastic Sax.)
Posted by Happy In Bag at 11:50 AM No comments:


Some decisions practically make themselves. My attendance at a show led by one of my favorite musicians at a comfortable listening room on an otherwise slow Monday evening was a foregone conclusion. Matt Otto's quartet validated my trust in providence. As part of an audience of about 25 at Westport Coffee House on Februrary 27, I heard the saxophonist and composer lead an ensemble through an exemplary set of post-bop.

I didn't know what to make of Brandon Draper's manic performance. I've admired his work with Alaturka and a separate world/jazz band in recent weeks, but his stint with Otto alternately delighted and annoyed me. Draper is obviously a rhythmic mastermind, but he can sometimes be a bit much.

The embedded clip accurately captures the feel of Monday's show.
Posted by Happy In Bag at 1:17 PM 5 comments:


A high school stage may lack the allure of an outdoor concert at the Newport Jazz Festival. And Dan Gailey's students at the University of Kansas are probably not yet at the level of the musicians in the Dave Holland Big Band. Even so, guest artist Alex Sipiagin will undoubtedly shine as he performs with the KU Jazz Ensemble I at the 35th Annual KU Jazz Festival on Saturday, March 3, at Lawrence High School Auditorium. Donny McCaslin appears at the festival on Friday. Both concerts are free.
Posted by Happy In Bag at 9:37 AM No comments: