Most prominent jazz artists don’t include Kansas City on their tour itineraries.  Bill Frisell is a notable exception.  Thanks in part to the patronage of the Harriman-Jewell Series, the illustrious guitarist reliably appears on area stages every year or two.  He’ll perform with Luke Bergman, Petra Haden and Hank Roberts at Atkins Auditorium on Wednesday, March 4.
Posted by Happy In Bag at 8:46 AM No comments: 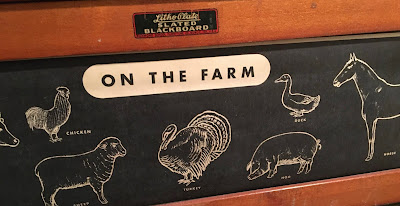 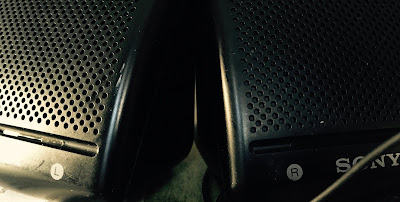 I suspect the Kansas City man who performed as Alber at RecordBar on Wednesday, February 19, is among the legions of people who appreciate the dozens of “chill” live-stream YouTube channels with names like LoFi Jazz Beats and Chillhop Radio: Jazzy Beats and LoFi Hip Hop.  The most popular streams regularly attract more than 10,000 simultaneous listeners.

Alber replicated the low-key style in a 30-minute opening set for the Austin rock band Star Parks.  Armed with a trumpet and a case overflowing with gear, Alber’s analog/electronic music combined a distressed rendering of Miles Davis’ late-period fusion with the lo-fi jazz style of today.  The approach was so sublimely gauzy that a monologue about nature-versus-nurture from an oblivious man seated near me was perfectly aligned with the performance.

At a time in which three-ounce Pocket Operators create credible music, it’s only natural that savvy musicians like Alber fine-tune the readily accessible technology.  He’s the first locally based musician I’ve heard bring the form to a stage in Kansas City.  Alber’s experimentation may be anathema to jazz traditionalists, but the latest wrinkle expressed in work like his is essential to the ongoing viability of the form.


Akin to the cosmopolitan little sister of Diana Krall, Stacey Kent is an impeccably sophisticated crooner.  She began earning rave reviews in the previous century, but Kent's Kansas City debut comes Saturday, February 22, at the Folly Theater.  Better late than never.
Posted by Happy In Bag at 9:49 AM No comments: 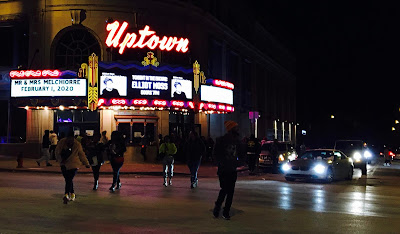 *The New York Times reports on the odd collision of the Mutual Musicians Foundation’s low-wattage radio station and the Russian propaganda programming broadcast on the same frequency via KCXL.

*The local connections of the jazz-adjacent band the Purna Loka Ensemble are explored by Rick Hellman.

*Tweet o’ the Week: Johnson County Community College- Featuring some of the most respected local musicians, the Ruel Joyce and Jazz Recital Series kick off on Feb. 17! Happening every Monday and Tuesday at noon, these 1-hour performances are free and open to the public. For more info: (link) 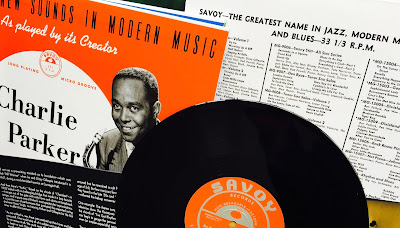 Can Charlie Parker be cool again?  On the centennial of his birth in Kansas City, Kansas, Parker is revered within the secluded jazz community but possesses negligible cachet in popular culture.  An exemplary new box set is a welcome step toward restoring Parker’s legacy as a towering American musical revolutionary no less deserving of widespread idolatry than Miles Davis, Jimi Hendrix and Kurt Cobain.

Slated for release by Craft Recordings on February 28, The Savoy 10-Inch LP Collection allows listeners to hear the music in the same format in which most people first experienced it.  The sturdy collection may look strange on the shelves of vinyl obsessives, but the four ten-inch vinyl discs will sound entirely at home on their turntables.

The 28 tracks from 1944 to 1948 represent the first of Parker’s three primary recording periods.  Selections including “Now’s the Time,” “Red Cross” and “Confirmation” are among the most provocative sonic missives of the twentieth century.  Stodgy scholars point out that Parker’s collaborations with the likes of Davis, Dizzy Gillespie and Max Roach serve as the foundational material of everything to come in jazz, but the box set provides an opportunity to appreciate the innate intensity and inherent insolence embedded in each subversive track with fresh ears.

The music is tastefully remastered, but the 10” format, labels and sleeves of each disc are exact reproductions of the original Savoy issues.  The box includes a 12-page booklet with liner notes by Neil Tesser.  He rightly links Parker’s innovations with the rebellious work of the hip-hop artists of today.  The veneration of Parker within the jazz community is warranted, but treating his innovations as musty museum music is a deluded misinterpretation of his mission.  Still wild, incendiary and vital in 2020, this music is a timeless invitation to anarchy.  Why should jazz nerds have all the fun?


The ragtime pianist Taslimah Bey, a veteran of the Scott Joplin Ragtime Festival in Sedalia, will perform at Old Mission United Methodist Church on Friday, February 21.  The concert is presented by KC Ragtime Revelry.
Posted by Happy In Bag at 5:27 PM No comments: 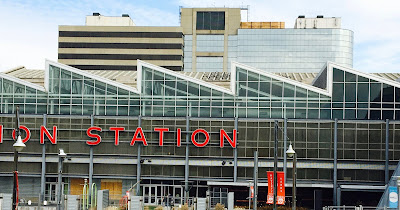 *Deborah Brown spoke to Joe Dimino about her upcoming tributes to Dexter Gordon.

*Boney James returns to the Midland theater on September 11.

*Tweet o’ the Week: Pat Metheny- R.I.P. Lyle Mays (1953-2020) It is with great sadness that we have to report the passing of our friend and brother, Lyle Mays (1953-2020). He passed today in Los Angeles after a long battle with a recurring illness, surrounded by loved ones. 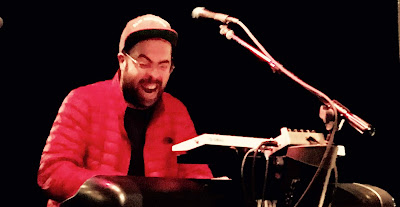 The frequent appearances of blues, soul, salsa and rock acts at the Blue Room seems inconsistent with the mission of the American Jazz Museum.  While I appreciate each of those forms, I’ve long believed the venue overseen by the institution should stay true to its mandate.

Yet the post-Herbie groove-pop of Villinger’s All Night Trio is the sort of consequential music essential to fostering the ongoing viability of jazz.  Rooted in Herbie Hancock’s innovations on Head Hunters and Future Shock, Villinger’s approach compares favorably with the current affiliates of the Brainfeeder collective.

The trio fleshed out the memorable melodies from Villinger’s excellent 2019 album All Day with whimsical improvisations over amplified grooves.  And watching Schlamb produce stupendous bass lines through a keyboard further affirmed my belief that he’s Kansas City’s finest all-around musician.

The vital experience compels me to reconsider my inflexible stance on the Blue Room’s bookings.  The bold performance by Villinger’s innovative trio in the heart of Kansas City’s jazz district points to a bright- and extraordinarily fun- future for jazz.

(Original image of Matt Villinger by Plastic Sax.)
Posted by Happy In Bag at 11:28 AM No comments:

The Polish saxophonist Sylwester Ostrowski is one of several notable musicians slated to perform at the Ship on Thursday, February 6, in a show titled Searching for Charlie Parker.  The embedded video captures two aspects of Ostrowski’s sound.
Posted by Happy In Bag at 9:25 AM No comments: 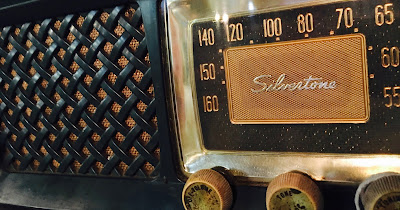 *Rashida Philips responded to a few inquiries about her role at the American Jazz Museum for Flatland.

*Tweet o’ the Week: American Jazz Museum- AJM will be closed all day Wednesday, Feb. 5th for the city-wide Super Bowl celebration and parade. We will be open for regular business hours on Thursday, Feb. 6th.

(Original image by Plastic Sax.)
Posted by Happy In Bag at 8:53 AM No comments:

Acquisition of the vinyl version of Double Live at Green Lady Lounge comes with a quandary.  Do listeners restrain themselves to avoid marring the two gorgeous alabaster platters, or do they accede to the mandate of Guitar Elation’s robust twist on organ jazz and let loose while enjoying the new release on their home stereos?

The memorable melodies and aggressive solos are captured in an appropriately brawny sound field.  Full of vim and vigor, there’s nothing polite about the set recorded on August 10, 2017.  The delectable tension experienced by vinyl aficionados is mirrored by intriguing dynamics within the group.  Not only do the guitarists engage in friendly duals, Lovern and Bagget exhibit rock inclinations while Strait and Embrey are more closely rooted to the jazz tradition.  The divergence elevates Double Live at the Green Lady from run-of-the-mill organ jazz.

The most appropriate response to the album is punching the volume knob to facilitate unhinged dance parties.  A raucous soundtrack to spilled drinks, bad decisions and day-after regrets, Double Live at the Green Lady is the next best thing to spending a carefree Thursday night at Kansas City’s most vital jazz club.

(Original image by Plastic Sax.)
Posted by Happy In Bag at 12:16 PM No comments: