The 2018 release by Aaron Park’s Little Big on the Ropeadope label may or may not be last year’s best album, but it’s almost certainly one of the most brilliantly produced jazz recordings in recent memory.  “Kid” is among the tracks with a sonic immediacy that’s uncommon in the realm of improvised music.  The New York based quartet replicated the album’s massive sound field at the Blue Room on Monday, June 24.  An audience of about 75- about half of whom were musicians- paid the $10 cover to hear keyboardist Parks, guitarist Greg Tuohey, bassist David Ginyard and drummer Tommy Crane play head-bobbing jams that felt just as vital as the latest work of Flying Lotus, Madlib and Thom Yorke.

(Original image by Plastic Sax.)
Posted by Happy In Bag at 9:04 AM No comments:


The history-minded big band Vine Street Rumble will accompany the folk-oriented singer-songwriter Danny Cox at the Kansas City Kansas Street Blues Festival on Saturday, June 29.  The unlikely pairing is briefly featured in the embedded video.
Posted by Happy In Bag at 10:37 AM No comments:

*The duo of Ehud Ettun and Henrique Eisenmann returns to the 1900 Building on July 13.

*No artists from Kansas City were awarded first place in Downbeat’s 2019 Critics Poll.

*Tweet o’ the Week: Grace Prtichett- A logical next step is Green Lady Lounge before our pre-dinner break.

*From Chris Burnett: I am honored to announce that I have been asked to administrate and serve as the director of the 2019 Charlie Parker Student Music Boot Camp on Saturday, August 17 at the historic Gem Theater.  I have already confirmed the clinicians who will work with the campers: Bill Crain, saxophone; Stanton Kessler, trumpet; Jason Goudeau, trombone; Roger Wilder, piano; Charles Gatschet, guitar; Bill McKemy, bass; Clarence Smith, drums; Greg Carroll, vibes; and, Queen Bey, vocalist/ historic interview.

(Original image by Plastic Sax.)
Posted by Happy In Bag at 11:28 AM No comments:

What does Elkhart, Indiana, have that Kansas City doesn’t?  The small town hosted a full-scale jazz festival featuring national touring acts this weekend.  The ostensible jazz mecca Kansas City?  Not so much.  The Prairie Village Jazz Festival, the sole jazz festival in the Kansas City area, will present a handful of locally based acts on September 7.

The Elkhart Truth reports that Elkhart’s mayor rightfully trumpeted his town’s achievement: “I have it on good authority that some of America’s great jazz cities that include New Orleans, Memphis, Kansas City and Chicago have all declared that this weekend, Elkhart is the Jazz Capital of the U.S.”  I can’t vouch for New Orleans, Memphis or Chicago, but I can confirm that the jazz scene in Elkhart resoundingly trounced the offerings in Kansas City during the past 72 hours.


Julian Vaughn, a graduate of Shawnee Mission North High School, celebrates the release of his new album Supreme with a concert at iWerx on Saturday, June 29. Tickets are available here.
Posted by Happy In Bag at 8:48 PM No comments:

*Dan Gailey and his students at the University of Kansas discuss  a recent collaboration with Renee Rosnes in a brief video.

*Tweet o’ the Week: Dave D’Marko- Smooth jazz still playing and it’s pretty quiet in here as 92 percent of Kansas City ballots are in and Quinton Lucas has nearly a 2 to 1 lead over Jolie Justus. Closer to 60-40 counting surrounding counties that also have parts of city. #ElectionResults2019

*From a press release: The American Jazz Museum’s Kansas City Jazz Academy has secured a performance residency at KCMO’s City Hall extending over the next 12 weeks.  Beginning June 20th, every Thursday from 1:30pm – 2:00pm (prior to each week’s City Council meeting), students from the Academy’s combo classes will showcase their talents in the main rotunda of City Hall.

(Original image by Plastic Sax.)
Posted by Happy In Bag at 9:55 AM No comments:

With a box office gross of about $75,000, Snarky Puppy’s appearance at Muriel Kauffman Theater on Tuesday, June 11, was the most financially auspicious instrumental jazz concert of 2019 in Kansas City.  The $35 I paid for the worst seat in the house afforded me a panoramic view of the audience of more than 1,500.

The palpable enthusiasm of the uncommon mix of fans of freak-rock acts like Primus, refined pop enthusiasts of artists such as Sting and committed jazz aficionados added a sense of occasion to the band’s long overdue Kansas City debut.  Founded by Michael League in 2004 when he was a student at the University of North Texas, Snarky Puppy is a leading light in the progressive jazz scene and a coveted festival headliner.

I made a conscious decision to drop my guard on Tuesday.  By allowing the ten musicians to barrage me with their ostentatious solos and fussy arrangements without interference from my usual critical defenses, I gained a new appreciation for the collective.  The live presentation is vastly superior to dry studio albums like the 2019 release Immigrance.  I thrilled to each solo (the obligatory dual drummer bludgeoning excepted), admired the light show and was left wanting more at the conclusion of the 100-minute set.  I showed up merely to witness the Snarky Puppy phenomenon.  I left the Kauffman Center as a hard-won fan.

(Original image by Plastic Sax.)
Posted by Happy In Bag at 1:10 PM No comments:


Some jazz enthusiasts in Kansas City may know of Aaron Parks only through his association with trumpeter Hermon Mehari.  Yet the 35-year-old keyboardist is one of the most formidable young figures in jazz.  Parks will appear with his electric group Little Big at the Blue Room on Monday, June 24.
Posted by Happy In Bag at 8:47 AM No comments: 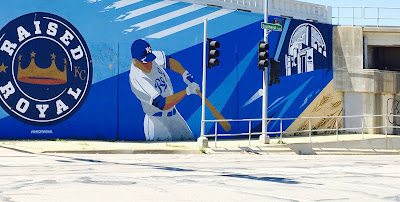 I’d rather escort a gaggle of screaming children to a birthday party at Chuck E. Cheese’s than listen to a 71-minute recording of three percussionists improvising.  Yet my aversion to the concept dissipates when the musicians in question are Mike Dillon, Earl Harvin and Arnold Young.  Universal Pulse, a 2004 session professionally recorded in Kansas City and released by the netlabel Muteant Sounds last month, is nothing like a self-indulgent drum circle.  The elite percussionists wield a variety of instruments and reference rhythms from several cultures, but Universal Pulse isn’t a dreaded world music project.  Some of the best bits sound like a mob of preternaturally funky children banging on pots and pans.  Chuck E. Cheese’s is going to have to wait.

(Original image by Plastic Sax.)
Posted by Happy In Bag at 10:50 AM No comments:


The piano duo of Frederick Hodges and Richard Dowling entertain at a house concert in Leawood on Sunday, June 9.  The presentation organized by Kansas City Ragtime Revelry serves as a model for how decidedly unpopular forms of jazz can be presented in hospitable environments.
Posted by Happy In Bag at 9:35 AM No comments: 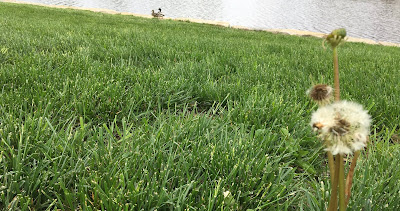 The drought in new recordings by jazz musicians based in Kansas City is disquieting.  Yet Bobby Watson continues to make noise.  The hometown hero features prominently on Legacy Alive, Volume 6 at the Side Door, an incendiary 105-minute live album by Ralph Peterson & The Messenger Legacy.  Watson rose to fame as a member of Art Blakey’s Jazz Messengers in the 1970s.  He joins Blakey alumni Bill Pierce (saxophone), trumpeter Brian Lynch (trumpet), Geoffrey Keezer (piano) and Essiet Essiet (bass) in a band led by drummer Peterson.  The new collection includes invigorating interpretations of Watson’s modern-day standards “In Case You Missed It” and “Wheel Within a Wheel”.  The selections are every bit as vital as readings of older Jazz Messenger staples like “Blues March” and “Along Came Betty.”  Hard bop often sounds formulaic at this late date, but there’s nothing tedious about Legacy Alive, Volume 6 at the Side Door.  An enormous talent accustomed to the cyclical nature of musical climates, Watson flourishes in drought conditions.

(Original image by Plastic Sax.)
Posted by Happy In Bag at 11:46 AM No comments: