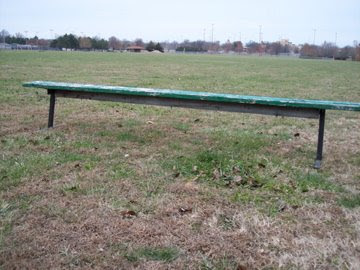 *The battle over the estate of bandleader Billy Tipton has a Kansas City connection. I'm so confused! Here's Tipton's rendition of "Sweet Georgia Brown."

*An interesting story about the former programming director of Warrensburg's KTBG touches on the station's abandonment of a jazz format in 2001.

*The Pitch gives Plastic Sax a generous shout-out regarding our updates on the Phoenix jazz club. Can a Pulitzer be far behind?

*Thursday's Al Jarreau concert at the Midland has been canceled.

*Here's the complete text of an email sent by Jardine's this week:

To all of you who purchased a piano "key" we invite you to the first official Society Charter Member of the New Piano appreciation party Sunday December 14 from 5 to 7 with Bram Wijnands' Trio.

Appetizers and Soft Drinks Provided! The first half of the evening will be exclusive to those who have contributed to the new piano, then we will open up to the public (minus the free stuff!!) at 7pm. If you know of someone who would like to contribute bring them along.

Anyone who would like to become a member come on by and put your name on a key! The contribution is $100.

We plan on holding these events once a month. Eventually we will have an actual keyboard on the wall with all the members names on the keys.

Many "special" keys have been spoken for (Marilyn Maye got middle C!) but maybe yours is still available. Here is our Current List of Contributors:

(Original photo by Plastic Sax.)
Posted by Happy In Bag at 8:28 AM

Plastic Sax should sign up for an F sharp! (not sure what that actually means...)

the basie/prez box set sounds insanely awesome. and in reference to midtown miscreant's post, from what i've heard, it's actually bird's family that decided on lincoln cemetery as the final resting place.

it's my understanding there was quite an effort on the part of KCMO to do something about it, but it was those in bird's nest (pun intended) that were more than a pain in the ass to work with.