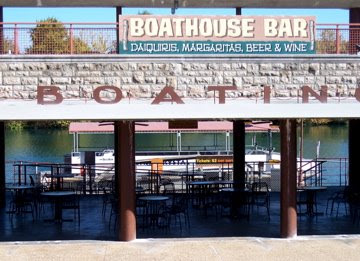 *Good news! From a press release: Theater League’s jazz, blues and comedy hour, 12 O'Clock Jump, will make its own jump to live broadcast this summer, when KCUR, Kansas City’s public radio station, starts carrying the program from midnight to 1AM on Saturday nights. The weekly broadcasts of the show, live! from the Mutual Musicians Foundation in Kansas City ’s 18th and Vine Historic District, begin on Saturday, July 4.

*Amazon compiled a list of "The 100 Greatest Jazz Albums of All Time." Like all such exercises, it's inherently silly. Naturally, it meets with Plastic Sax's approval. How did Kansas City's jazz artists rate? Pat Metheny's Offramp is #92, Charlie Parker With Strings is #31, Count Basie At Newport is #18 and Bird and Diz is #3. If you like this sort of thing, don't forget that Plastic Sax compiled a list of Top Ten Kansas City Jazz Recordings.

*The Pitch previewed a show by The People's Liberation Big Band. A complete idiot reviewed that performance. The same fool wrote about Tony Bennett's concert at The Midland.

*A "recruit video" for the Kansas City Youth Jazz band was just posted at YouTube.

*The "hiatus" of the Rhythm & Ribs festival is noted in St. Louis.

*Honestly, I can't tell if Hearne Christopher is being serious or ironic in his latest piece about Beena Rajalekshimi of Jardine's.

*A guy associated with B.A.C. Horn Doctor, an Olathe instrument shop, is restoring a Grafton saxophone. Even cooler? He has a podcast about his work on the "plastic sax."

(Original image by Plastic Sax. The Kansas City Zoo once featured blues and jazz acts at this site. Longtime Plastic Sax staffers get particularly misty-eyed as they recall the parties Sonny Kenner hosted here.)
Posted by Happy In Bag at 7:50 AM

Loved reading your review of the Tony Bennett concert...he truly is a treasure!