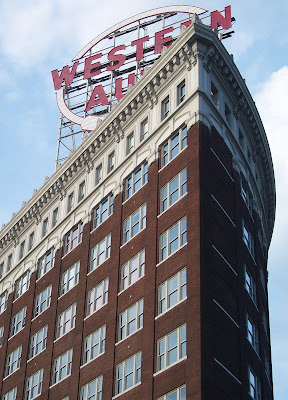 *The Pitch reports that Gi Gi's Jazz Inn, a jazz club on Troost, has opened. Aside from Jason Harper's story, the venue has no web presence.

*All About Jazz published an extensive interview with vocalist Deborah Brown.

*The Star reports that The Majestic is "temporarily closed." The downtown venue featured jazz nightly.

*Subtitled "A Father's account of his history of jazz in Kansas City," Then appears to be a personal jazz-oriented documentary. As Vimeo is buggy for me, I haven't been able to view much of it. (Tip via Tony's Kansas City.)

*The author of The Daily Record bemoans the fact that he can attend a free jazz festival featuring the likes of Dave Brubeck and Dr. John in Jacksonville but not in Kansas City.

*The excellent lineup for the 17th annual Charlie Parker festival has been announced. Alas, it's in New York City.

*The Star's piece on Alacartoona is a mandatory reading for all area musicians.

*The Star offers an in-depth story about the ongoing drama at KKFI.

*Our friend Lee brought this jazz radio news to our attention.

*According to this this Pitch piece, The Blue Room attracts quite a crowd for its monthly poetry slams.

(Original image by Plastic Sax.)
Posted by Happy In Bag at 6:40 PM