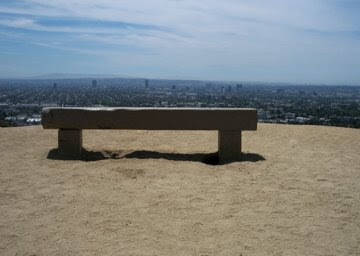 *The Pitch tells the sad and exceedingly difficult story of a prominent Kansas City jazz musician.

*Jason Harper wholeheartedly embraces 12 O'Clock Jump. The last time I recall Harper writing with such unbridled enthusiasm was his synopsis of a Motorhead show. (You're scaring me, friend!)

*"The Fine Art of Jazz", a collection of photographs featuring Kansas City jazz musicians, is on display in Alexandria, Virginia.

*Pat Metheny's longwinded explanation of a forthcoming project inspired me to restock the Plastic Sax bomb shelter. The screed by the unpredictable Lee's Summit native freaked me out. (Link found via NPR's jazz blog.)

*Mark Edelman implies that Bram Wijnands secured a regular gig at the Raphael.

*From an American Jazz Museum press release: Beginning August 14, 2009, the American Jazz Museum will display in its Changing Gallery “Jazzin’, Jammin’ & Jivin’: The History of Jazz on Film,” an exhibit developed by Separate Cinema that features 50 film posters highlighting a three decade period during which some of the greatest jazz music appeared on film.

(Original image of Los Angeles by Plastic Sax. I've been out of town for ten days.)
Posted by Happy In Bag at 10:14 AM

It's no coincidence that the WORD VERIFICATION letters in the box below are "uncol".