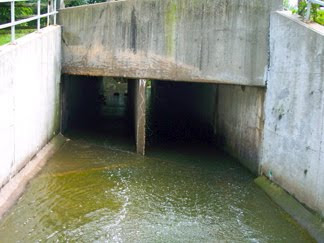 *A friend of Plastic Sax contacted both myself and Tony's Kansas City with information indicating that the celebrated jazz program at Lincoln Prep was in jeopardy. Here's Tony's take. A television station seemed to verify the news. This afternoon, Tony suggested that "the jazz director who was cut was reinstated today." Tony takes credit for the good news. And why not?

*Walter Coppage, one of my favorite actors, will portray Charlie Parker in a presentation at the Kansas City Library Tuesday, August 28. Here are the details.

*Hunter Long, a self-described "saxophone/laptop musician" is getting the word out about Black House Improvisors' Collective. Here's a portion of a note he sent me this week: "The Charlotte Street Foundation has recently awarded me the year long use of a large rehearsal space in downtown KC. My proposal was to use the space to hold weekly workshops/rehearsals for area improvisors in an effort to nurture the local jazz/improvised music scene... I want to provide a place for local artists to experiment and take risks without having to please a club owner."

*I'm delighted to have stumbled upon a new Kansas City jazz blog. KCJazzLark features only three entries but I hope she (?) keeps at it. One essay takes Terry Teachout to task. Another celebrates young Kansas City talent. (EDIT- the KCJazzLark is a guy.)

*Megan Birsdsall and the Wild Women of Kansas City were the jazz winners at the Pitch Music Awards. Here's Myra Taylor in action at the event.

*Lee Ingalls was kind enough to alert me to an interview with Rudder. The jazz cats talk about their affiliation with the jam band community. One member of the group suggests that there's a "disregard that some jazz musicians have for their audience."

*Miles Bonny is on tour in Europe again.

*Jazz fans in Michigan received some bad news. It's another reminder of the need to support Kansas City's three remaining jazz-oriented clubs. (Tip via AZ.)

*Look at the incredible lineup for the Charlie Parker Jazz Festival! Frank Wess, Gary Bartz, Aaron Parks and Cedar Walton are among the luminaries booked at this year's festival. I can't wait! What? Oh- that's right. The annual event is in New York.

(Original image by Plastic Sax.)
Posted by Happy In Bag at 11:41 AM

Three remaining jazz clubs? Is that really all that's left? Jardine's, Phoenix and Blue Room? There's Gaslight out South, though I haven't been ... I hadn't realized ... Sometimes you're a drag, HiB ...

Thanks very much for linking to my interview with Rudder. If folks are interested, there are many more where that came from.