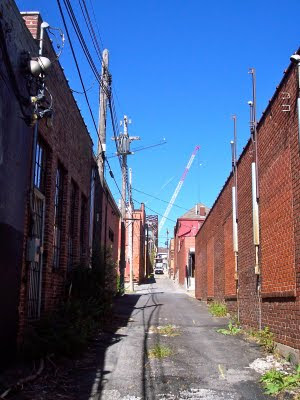 *According to a painfully convoluted press release promoting an October 11 event in Washington D.C.: The concert will also feature the winner of the Thelonious Monk International Composers Award, sponsored by BMI. This year's winner is Joseph Johnson of Kansas City, Mo., who will perform his winning composition, “Shepherd's Song." The Composers Award, which carries a prize of $10,000, is presented to a composer who best demonstrates originality, creativity and excellence in jazz composition.

*Ben Ruth of Grand Marquis is interviewed by the Pitch.

*From a press release: NYC-based jazz violinist Christian Howes will offer a pair of events in the Kansas City area October 4th and 5th. On Sunday... Howes will present a clinic from 2-4 p.m. ...(at K.C. Strings). On Monday... Howes will perform a concert from 6-10 p.m. with a jazz quartet (at Jardine's)... “I thought this tour would be the perfect excuse to visit Kansas City and present not only a concert for the community, but offer a clinic for locally-based musicians whom have perhaps rarely had the opportunity to be exposed to jazz strings.”