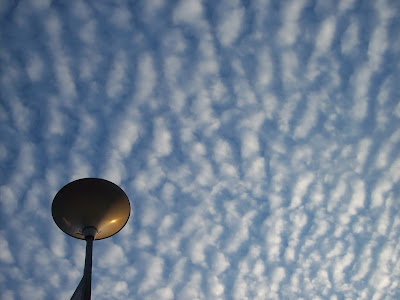 *The Majestic Steakhouse has reopened! I'd love to celebrate this great news by integrating their jazz bookings into my Kansas City Jazz Calendar, but the downtown venue's entertainment schedule seems to be a secret.

*Did you know that the Count Basie Orchestra released a new album in August? I didn't either. Here's a new EPK for the project.

*What's wrong with these kids! The 5 Star Jazz Band is a group of teenagers who enjoy performing jazz. They're featured by the Star.

*Angela Hagenbach's new album receives favorable reviews from The Pitch and a blogger.

*A man by the name of Derek recently left a lengthy and thoughtful comment on a 2007 Plastic Sax post. (The photos I used to illustrated my original point still make me laugh.) Here's one of his better lines about the challenge of post-bop jazz: "It's work trying to figure out why such rhythmic music is so eminently, intentionally undanceable."

*Shay Estes shares "A Case of the Mondays" with the Star.

*Orchestrion, the freaky new Pat Metheny album, will be released on January 26.

*Sorely missed friend of the Kansas City jazz scene Lee Ingalls is currently living it up in Seattle. His hysterical (and flattering) review of a Sachal Vasandani show is at his blog.

*Eldar's latest album receives a mixed review at All About Jazz.

*Sue Vicory shot a promotional video for Kansas City Youth Jazz. I've been informed that the organization "is looking for a high school jazz pianist to play in their top jazz band, The Reno Jazz Ensemble on Monday nights from 6 to 7:30 p.m." Interested parties should contact Leon Brady at leonbrady@kcyouthjazz.org.

*From Jim Mair, Associate Professor of Instrumental Music at Kansas City Kansas Community College: "Drummer Jeff Hamilton and bassist Christoph Luty will work with the KCKCC Jazz Band and Jazz Combo on Wednesday November 18 from 10:00am till noon in the band room at KCKCC. The Jeff Hamilton Trio presented clinics at KCKCC last time they were in Kansas City." The Kansas City Kansan published additional details here. The Kansan also notes the forthcoming fall jazz concert by KCKCC's jazz ensembles. The November 24 event will feature percussionist Scott Prebys. His talents are on display in this video.

(Original image by Plastic Sax.)
Posted by Happy In Bag at 11:43 AM

Jeff Hamilton Trio was stellar last night at Jardine's.
Dinner was superb at Jardine's too.

The group is so musical that a non-jazzer would enjoy it. Money well spent!