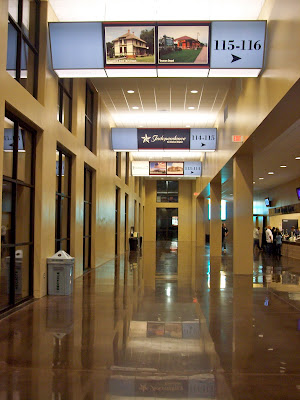 *The Star reviewed the Jeff Hamilton Trio's recent appearance at Jardine's. So did Tony's Kansas City.

*Pat Metheny will tour extensively in 2010. He stops at the Uptown Theater in Kansas City on May 7. A book of interviews with Metheny was noted by Joe Klopus last week.

*Coleman Hawkins is remembered in a KC Currents podcast.

*"Bethel campus will be a jazzy place in December." The headline of an article about a forthcoming appearance by Ben Leifer and Ben Markley cracks me up.

*Here's the week in jazz according to Mark Edelman.

*Anyone know of a Donna King? She claims Kansas City as her hometown in this performance filmed in London. She lists Mama Ray's blues jam among her credits here.

*A feature about Swiss jazz vocalist Beat Kaestli is fascinating. He lived in Higginsville, Missouri, as a high school exchange student.

*Mouth posted a live collaboration with Reach at MySpace. Is it jazz? Not really. Do I like it? Yes I do.

*Johnny Almond of the Mark-Almond band died November 18. My friend BGO noted that Almond lived in the Kansas City area for a while. "The City", his biggest song, contains jazz elements.

*Photographer Dan White has a new exhibit of photos of Kansas CIty jazz artists at a gallery in Michigan. Here's the story.

*Here's the latest missive from the Black House Improvisors' Collective: ... the second Black House Residency is now underway. Once again we are proud of the caliber of musicians we have participating. The collective this session consists of Matt Otto, Chris Burnett, Patrick Ketter, Russell Thorpe, Peter Lawless, Hunter Long, Derek Worthington, Nick Howell, Blake Rayfield, Zach Beeson, and Matt Leifer. This residency will conclude with a performance of original music written by the participants on January 15th as part of the Charlotte Street Foundation's 3rd Friday open studios. Admission is free and the performance will take place at 8:00pm on the 5th floor of City Center Square at 1100 Main.

(Original image by Plastic Sax.)
Posted by Happy In Bag at 10:05 AM

Thanks for the link!

I really like Pat Metheny's music and first bought his album "Pat Metheny Group" in 1978 while I was stationed overseas with the Army band in Germany. I didn't know who he was at the time, but the music reminded me of home... I later found out where he was from, and thought no wonder... 30+ years later, I still enjoy his work and it still reminds me of home...

I've added you to the Plastic Sax blogroll, Jason. Your traffic will surely skyrocket accordingly.

Interesting anecdote, Cb. Even though I've been gently mocking Pat's forthcoming project, it's actually incredibly exciting to not have any idea what it'll sound like.