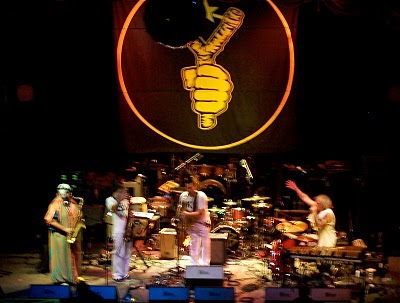 *"Who is Charlie Parker?" asks a columnist in the Carolinas.

*I like it when KCJazzLark gets angry. The hot streak by the "other" Kansas City jazz blogger continues.

*Steve Penn reports that a bakery and coffee shop will soon open near the corner of 18th and Vine.

*A popular blogger wonders why a proposed building on The Plaza is the subject of intense debate while the Jazz District "crumbles."

*Candace Evans possesses "a sweet, yet sultry voice that pours into a room like rich, warm cognac coating the inside of a wine glass," according to a profile of the artist in The Lake Today.

*"Jazz is dead," writes an angry commenter in a vulgar dismissal of Kansas City.

*Megan Birdsall, on behalf of her MBird project, is featured at an NPR blog. (Tip via AZ.)

*The Phoenix is hosting an outdoor "block party" on September 18. Jazz-related performers include D.J. Sweeney, the Wild Women of Kansas City, Tim Whitmer, Eboni Fondren, The Scamps and Lonnie McFadden.

(Original image of The Dead Kenny G's performing at The Uptown Theater by Plastic Sax. Mark Southerland is to the left and Mike Dillon is to the right.)
Posted by Happy In Bag at 4:12 PM