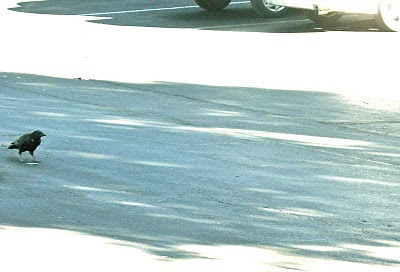 *In a Wall Street Journal essay, Will Friewald detects the influence of Benny Carter in Bobby Watson's compositions. I referenced the same thing in my review of The Gates BBQ Suite.

*The Mutual Musicians Foundation is hosting a "Welcome Home" reception for Queen Bey on October 6.

*Matt Otto is the subject of a Joe Klopus profile.

*I saw the new cut of Sue Vicory's Kansas City Jazz & Blues: Past, Present & Future at a screening hosted by BB's Lawnside BBQ last week. The film is much improved.

*The Good News Jazz Festival will be held October 15-16 at the Liberty Performing Arts Center. The Christian-themed event features Euge Groove, Marcus Johnson and the Wild Women of Kansas City.

*In a fascinating and very personal blog post, Chris Burnett examines the role the military played in his life.

*Jeff Harshbarger, Mark Southerland and Sam Wisman are mentioned in The Star's review of The Golem.

*KC Metropolis offers a review of the September 25 concert by The Bad Plus.

*A few citizens of Marshall, Missouri, are planning a jazz festival.

*The Pitch named an obsessive-compulsive weirdo "Kansas City's Best Blogger" of the year.

*Organizers of the Prairie Village Jazz Festival are attempting to win a Pepsi-sponsored contest. Votes may be cast here.

*Here's a note I received on October 3: My parents owned The Orchid Room on 12th and Vine from 1957-1962. I am desperately looking for any photos of the club (interior or exterior) and have hit a dead end. If you have or know of anyone that may have some, PLEASE contact me. Thanks. p_mazza3@yahoo.com Here's hoping a Plastic Sax reader can help this person out.

*Tweet o' the Week: djjazziedeb: Wish I could own my own jazz club. Hate it when the Blues and R&B bring in the bucks and jazz clubs stop booking jazz.

*The Kansas City Jazz Calendar is loaded for October. As I've previously suggested to musicians and club owners, if a gig isn't listed, it's either because I don't consider it "jazz" or because you haven't let me know about it.

(Original image by Plastic Sax.)
Posted by Happy In Bag at 1:30 PM

Congratulations of Best Blogger! It's an accolade decidedly deserved.

In Palo Alto we have a new spiffy artificial turf soccer field and I dream of getting Ornette to do a concert on that site to launch an initiative called Plastic Alto. To me the field is like a big plastic minimalist sculpture, like a Carl Andre thing, or Claes Oldenburg. We are known here for "Silicon Valley" but by the same token around that time 1959 Ornette changed the jazz world and, like in the movie "The Graduate" plastics came into vogue. Dig?
Mark Weiss in Plastic I mean Palo Alto

Thanks, Lark, Beau and Dean.

I hope that happens, Mark.