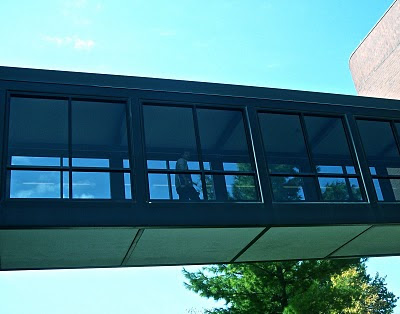 *A surly weirdo caught Bobby Watson jamming with his UMKC students at GiGi's Jazz Inn last week. Here are his notes and photos.

*Common posted performance footage of Diverse and Les Izmore at his blog. That's the good news. The bad news? The rest of the world will hear how many people in Kansas City (don't) listen to live music.

*KCJazzLark has the "Saturday Night Blues".

*The Pitch gave Diverse and Les Izmore the "Best Tribute" award for their Common collaboration. Mark Lowrey was acknowledged for "Best Collaboration."

*This footage of the Jacob Fred Jazz Odyssey's performance Saturday at Jardine's is just one of several fine videos recently uploaded by Steve Paul.

*Hermon Mehari and The Sound are hosting a block party in front of the Mutual Musicians Foundation on Friday, October 22, from 8 p.m. to midnight. KCJazzLark commends the initiative.

*The new roster of the Black House Improvisors Collective is announced in an amusing post.

*KC Free Press investigates the possible presence of a ghost at the Phoenix.

*A critic in Syracuse mentions that "Kansas City" is in the repertoire of Max Weinberg's big band. The ensemble performs at Jardine's on Halloween.

*Tweet o' the Week: kcrhythmandribs: Thanks to everyone who came out for the fest on Sat! Keep an eye on this space for an upcoming Twitter account for AJM events year-round!

(Original image by Plastic Sax.)
Posted by Happy In Bag at 11:48 AM