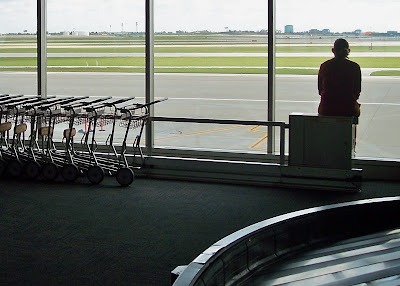 *KCJazzLark offers an account of the October 18 performance of Bobby Watson's The Gates BBQ Suite at the Blue Room. I wrote about the event here.

*The sordid saga of alleged fraud perpetrated by Petro America has a Kansas City jazz connection. The Pitch and the Star relate the shocking story.

*Tweet o' the week: KCJazzLark: At Marquee Lounge earlier tonight for Crosscurrent, one of KC's best jazz groups. But the place needs to figure out what it wants to be....

*While it doesn't have any Kansas City-specific content, I highly recommend The Revivalist to forward-thinking jazz fans. The new site has a feature on Ben Williams, the young bassist in Nicholas Payton's band at the Rhythm & Ribs festival earlier this month.

*From a Johnson County Community College press release: A new CD, Live from JCCC’s Yardley Hall, featuring the late Kansas City jazz pianist and band leader Pete Eye along with three other musicians, will be released during a jazz concert and party from noon to 1:30 p.m. Tuesday, Nov. 9, in the Atrium in the Regnier Center, Johnson County Community College... The CD was recorded at Eye’s final major concert on March 3, 2009, part of the JCCC Jazz Series. Eye died April 8, 2010.