The Top Ten Jazz-Related Stories and Trends of 2011 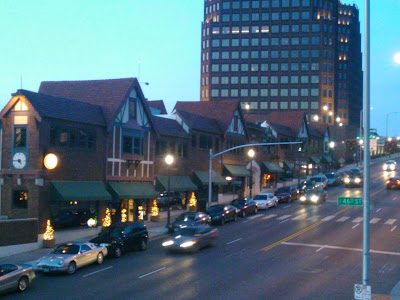 1. The well has been poisoned. In any dispute the intensity of feeling is inversely proportional to the value of the issues at stake. -Sayre's law. It breaks my heart that the Kansas City jazz scene has been poisoned by the ongoing difficulties of a single jazz venue. Hidden agendas, ulterior motives and open threats have become the order of the day. No matter how the situation at Jardine's plays out, it's going to take a long time to heal the wounds generated by this unfortunate saga.

2. Open and shut. It's been another tough year for the area's jazz venues. Questions continue to swirl around Jardine's and 1911 Main. Closed or in the process of closing: Benton's, Cafe Augusta, GiGi's Jazz Inn, Intentions and Skies. It's not all doom and gloom. The commitment to serious jazz at Take Five Coffee + Bar in Leawood has been an exceptionally bright exception in 2011.

3. The rising tide lifting all boats The first thing this correspondent heard in Helzberg Hall during the grand opening celebration of the Kauffman Center for the Performing Arts in September was Bobby Watson leading an all-star big band. Absolutely perfect! The People's Liberation Big Band and the Jazz at Lincoln Center Orchestra are among the jazz acts I've since witnessed in the beautiful room. Here's hoping jazz giants like Ornette Coleman, Charlie Haden, Brad Mehldau and Matthew Shipp will soon find their way to the celebrated new venue.

4. The underground bubbles up. Conservative programming still draws the largest audiences in Kansas City, but forward-thinking jazz continued its climb towards mainstream respectability in 2011. The People's Liberation Big Band and Alaturka are among the adventurous jazz acts that have already appeared at the Kauffman Center. Daring acts including Sir Threadius Mongus, Black House Improvisors' Collective and Flamenco Mio received institutional support from foundations in 2011. Diverse, Kansas City's best-known young jazz ensemble, sounds increasingly progressive. Collaborations with hip hop artists have become the norm rather than a novelty.

6. Festival winners. This year's Rhythm & Ribs Jazz & Blues Fest was an unqualified success. The 2011 edition of the Jazz Winterlude festival at Johnson County Community College did a nice job of showcasing local talent in a concert setting.

7. Festival loser. The unlikely triumph of the inaugural Prairie Village Jazz Festival in 2010 astounded everyone. The staggeringly brilliant bill booked for this year's event promised even greater rewards. Alas, it was washed away by a violent storm.

9. Alaadeen's absence. The residual effects of the death of Kansas City jazz great Ahmad Alaadeen in 2010 are still being felt. The lack of his involvement resulted in pitiful attendance at the annual Charlie Parker graveside service. Yet the posthumous publication of Alaadeen's oral memoirs helped keep his memory alive.

10. Passing the baton. From all outward appearances the recent transitions at Kansas City Youth Jazz bodes well for the vital organization. It moved its base to Penn Valley Community College and appointed Clarence Smith as its new musical director. Thanks to the ongoing influence of Leon and Linda Brady, I frequently see kids associated with Kansas City Youth Jazz voluntarily attending jazz events.

(Original image by Plastic Sax.)
Posted by Happy In Bag at 10:46 AM

Thanks, Bill, for keeping your fingers on the pulse of the music scene, and jazz in particular, in Kansas City again this year. Plastic Sax, along with KCJazzLark, are to be commended for providing a forum for news, reviews and commentary. Keep up the good work, and best of luck to you in 2012. - Mike T. (aka fiddler)

The week long Kansas City Jazz Summit during the last week of April 2011 was a resounding success and well attended.

The Basically Basie competition was won by Blue Valley Northwest and the runners up were KC Youth Jazz.

There were 27 High school and Middle school groups involved.

Six nights of Jazz in a row.

Keep up the great work here. As a musician myself, my father was a first call sax man, arranger, copyist and educator in the greater New York area, there is always much to be done no matter where you are. I've been in tech for a while now. And if musicians ever need any assistance or feedback I'm around to help.

May 2012 bring us all prosperity and peace of mind.

Thanks for another year of telling it like it is at Plastic Sax, Bill!