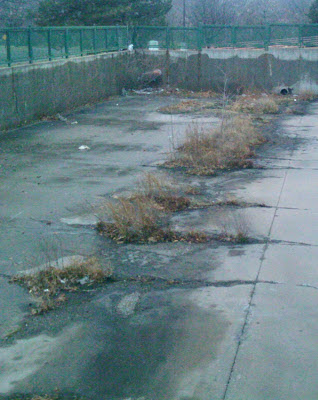 *KCJazzLark responds to The Atlantic's "Jazz District Authenticity Problem" essay. Hunter Long shares his take. Here's Tony Botello's reaction to the previous Plastic Sax post about the matter: "And if you listen closely, the sound of Kansas City Jazz can still be heard as it evolves, melds and influences hip-hop, R&B and so many other forms of music that are often overlooked by the critics and librarians who keep a constant vigil for Charlie Parker's ghost."

*The establishment of an "International Jazz Hall of Fame" is being considered in Chicago.

*The Majestic has a- wait for it- jazz calendar!

*Black House Improvisors' Collective is having "Fun With Gongs".

*Here's an EPK for the "Diverse Plays Michael Jackson" concept.

*Benny Golson's first set at the Blue Room was reviewed by The Star.

*Last weekend's highly anticipated take on the Charlie Parker with Strings concept, a collaboration between Miguel Zenon and the Chicago Jazz Ensemble, was reviewed by Howard Reich.

*Phonologotronic wonders if his ensemble will ever play the Blue Room.

*The American Jazz Museum will host a free "opening reception" and "jazz concert" related to a new Ella Fitzgerald exhibit with "remarks by Mayor Sly James and CEO Greg Carroll" on Friday, March 2, at 6 p.m.

*Comment o' the Week: Anonymous- A trap huh? If it was a trap it was to get you to actually make a statement as opposed to more non-commital, tepid musings that seem to be the bulk of your writing. This write up and your response serve as perfect examples.