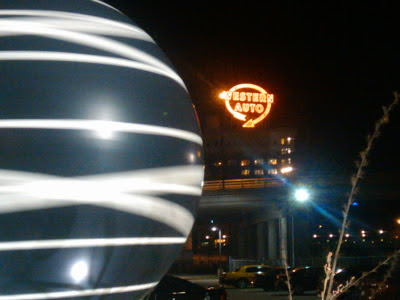 *Logan Richardson is a member of the Next Collective, a new group that includes other prominent young musicians like Gerald Clayton and Ben Williams.  Jazz Times reports on the group's recording plans.

*An interview with Chuck Haddix is featured in UMKC's student newspaper.

*Jazz-inflected bassist Thundercat opened for the Red Hot Chili Peppers at the Sprint Center last Saturday.  At least one rock fan was displeased.

*Comment o' the Week: Phonologotron- whas all dis jibber jabber?  architecture stands the test of time, but only if its materials are quality. too bad you can't make people to the same standards and tolerances.  we are damn lucky to privileged enough to get to hem and haw on and on about this "important cultural artifact" or that "syncretic historical dialogue." not only are we privileged in ways no one 100 years ago could fathom, we are also much much weaker in the head for it.  people's memories used to be much better, but then some idiot priest in the hinterlands had to go and write shit down. its been all downhill ever since for things like oral tradition. which is, when you get down to it, what everyone wants J@$$ to still be when it is most obviously not. And neither is it an exclusive refuge or destination anymore. The redcoats are coming!!! the redcoats are coming!!  so ultimately it becomes a question of, can you get your sh*t together enough to sound like something nothing everything anything?  Costanza, you and your reducto ad absurdum can go blow some V7/ii - ii7 - V7 - I .

*From a press release: Tim Whitmer’s Annual Birthday Bash featuring the Birthday Boy Himself, TIM WHITMER with Special Guests ROD FLEEMAN, CHICO BATTAGLIA & MONIQUE DANIELLE.  TIM WHITMER has been the gracious host and resident pianist since the inception of the Spirituality & All That Jazz program in 1994…  Wednesday, November 7, 2012.  Unity Temple on the Plaza. Tickets at the door only - $7.00.  Children under 16 free.

(Original image by Plastic Sax.)
Posted by Happy In Bag at 10:47 AM