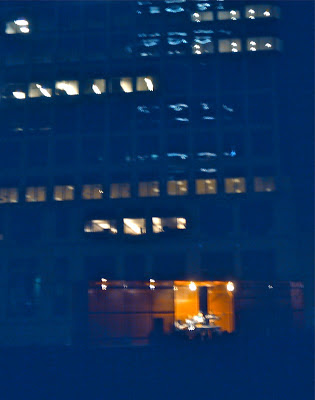 2012?  More like 1962.  That was my inital reaction upon downloading the new release by the Brian Baggett Trio.  A mainstream guitar trio in the Jim Hall tradition with standards like "God Bless the Child," "Angel Eyes" and "Stella By Starlight" seemed like a pointless anachronism.  Even so, I found myself repeatedly turning to the project as I worked at my computer.

At first blush, 2012 seemed like little more than sedate background music.  Then I began noticing hip details.  Baggett's introductory passage to "The Days of Wine and Roses" alludes to his searing fusion and jazz-rock work.  He also threatens to break into a Pat Metheny-style jam on "Angel Eyes."

The album really opened up to me when I began listening to it on headphones.  It's beautifully recorded.   While Baggett isn't attempting to break any new ground, careful listening uncovers plenty of advanced concepts.  Perhaps most significantly, bassist Bill McKemy is incapable of being boring.  Drummer Tom Morgan, an Associate Professor of Music and the Director of Percussion Studies at Washburn University, swings with admirable subtlety.

The 45-minute album is available as a free download at Bandcamp through October.  It's also available at CD Baby, iTunes and Spotify.

(Original image by Plastic Sax.)
Posted by Happy In Bag at 3:48 PM

Pointless anachronism??? Stop trying to be cute. IMO the world could use more Jim Hall and less rap.I'm all over this one!