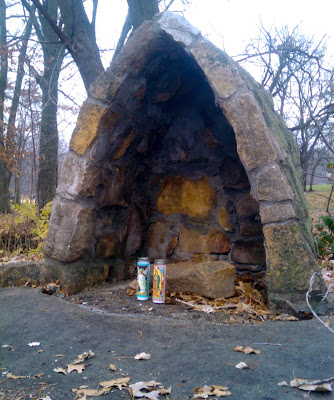 *Here's tantalizing footage of a rehearsal for Bobby Watson's collaboration with the Kansas City Symphony.

*Michael Shults performed the National Anthem at a University of Cincinnati game.

*The Jorge Arana Trio are captured in a session at KJHK.

*Phonologotron posted a portion of a recording from a recent rehearsal.

*Chris Burnett shares another draft of an arrangement of a new composition.

*Prior to Kenny Garrett's performance, Gale Tallis, Executive Director of the Folly Theater, announced that Stan Kessler and Matt Otto would perform with Matthew Rybicki at the bassist's concert on March 9.

*Wynton Marsalis and the Jazz at Lincoln Center Orchestra will return to Helzberg Hall on October 19.

*Joe Sample will be 12th Street Jump's featured guest artist in a taping of the show at White Recital Hall on March 26.

*UMKC will host the Midwest Bisexual Lesbian Gay Transgender Ally College Conference in 2014. The University News reports that "(t)he speakers and entertainment for the event will be focused on" the "Jazzin' It Up" theme.

*A new exhibit at the University of Kansas is titled “Rhythm and Meaning: Jazz at KU.” (Via Offstage.)

*Comment of the Week: Nigel- That ladies and Gentlemen is how to hold the audience in the palm of your hand. It was a great clinic in "working the room".  Class, grace, style, polish and COMPETENCE!

*From Jason Bata: The Lincoln Prep Bands are hosting a benefit concert for their Wind Ensemble's trip to perform in Carnegie Hall this March.  The Lincoln Prep Jazz Ensemble & Combo will start the concert that will then feature The Kicks Big Band with Horace Washington.  The concert begins at 7:30pm on Thursday, February 21, in the LCPA Auditorium (2111Woodland). There will be food beforehand for $5 (burritos or nachos & a drink).

(Original image by Plastic Sax.)
Posted by Happy In Bag at 9:29 AM

Kenny Garrett and Bobby Watson. Two virtuosos, brilliant artists and both sound innovators.(They changed the sound of the alto saxophone)

Only one person sounds like Bobby Watson. In two notes you can identify him.

Kenny Garrett on the other hand used to be identifiable in one note but he has influenced an entire generation of players based on his tone itself. Now its harder to tell who you are listening to.

Not since David Sanborn in the 1970's has an alto saxophonists tone been imitated so much. Dozens of alto players sound similar to Kenny Garrett.

Silmilar comparison with tenor saxophone. Coltrane's tone influenced (and still does)several generations and the next guy to "change" the tone was Mike Brecker again in the 1970's and he influenced an entire generation.

The question that is interesting to me is that why has Kenny Garrett's sound been so enticing to copy and not Bobby's.

I personally enjoy both of them very much even though they are quite different in so many ways.

Anybody want to weigh in.