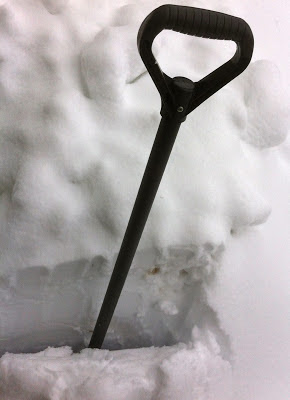 *Demencha published a review of Eddie Moore and the Outer Circle's Freedom of Expression.

*KCJazzLark suggests that the shuttering of Jardine's may have been a blessing in disguise.

*A blogger documented Sunday's tribute to Thelonious Monk at the RecordBar.

*The Lawrence Journal-World offers an excellent profile of the Junkyard Jazz band.

*Cover Art, the debut album by the Next Collective, an all-star band that includes Kansas City's Logan Richardson, was released this week.

*A blog run by the Greenwich Village Society for Historic Preservation reminds readers that Charlie Parker's residence in the East Village is designated as an official historical landmark.

*Tonight's Tribute to J Dilla show at the Blue Room has been postponed.

*Tweet o' the Week: Clint Ashlock-"Snowed In At a Gas Station on K-10" #shouldabeencountrysong #nopeitstruelife

*Comment of the Week: Sid- Footnote to KC Star review: Kenny Garrett and Bobby Watson. Two virtuosos, brilliant artists and both sound innovators. (They changed the sound of the alto saxophone.)  Only one person sounds like Bobby Watson. In two notes you can identify him.  Kenny Garrett on the other hand used to be identifiable in one note but he has influenced an entire generation of players based on his tone itself. Now its harder to tell who you are listening to.  Not since David Sanborn in the 1970's has an alto saxophonists tone been imitated so much. Dozens of alto players sound similar to Kenny Garrett.  Similar comparison with tenor saxophone. Coltrane's tone influenced (and still does) several generations and the next guy to "change" the tone was Mike Brecker again in the 1970's and he influenced an entire generation.  The question that is interesting to me is that why has Kenny Garrett's sound been so enticing to copy and not Bobby's.  I personally enjoy both of them very much even though they are quite different in so many ways.  Anybody want to weigh in.  Thanks, Sid

*From Brad Cox: New York trumpeter Dave Scott will perform with The People's Liberation Big Band of Greater Kansas City at the RecordBar on Sunday, March 3rd at 8:00pm. The band will perform a night of compositions and arrangements by Scott, with the composer as featured soloist.

*From a press release: A Night of Harmonious Horn. Stan Kessler, Trumpet performing with Tim Whitmer & The Consort Band.  Kansas City Jazz Legend Stan Kessler is not only a gifted performer but also wears the many hats of trumpet/flugelhorn instructor, bandleader, clinician, writer/arranger and educator. He performs, and leads, in numerous ensembles including the long-running Sons of Brasil, The Stan Kessler Quartet, Stan Kessler’s TV, HoraceScope, The Uncertainty Principle, Mistra Fina and Passport. Wednesday, March 6, 2013. 7:00 p.m. Unity Temple on the Plaza. Tickets at the door only $7.00. Children under 16 free.

*From Dan Gailey: The KU School of Music is pleased to present the 36th Annual KU Jazz Festival on March 1-2, 2013, featuring notable guest artists Bob Sheppard, saxophone, and Kurt Rosenwinkel, guitar. Both concerts will be held at Free State High School Auditorium in Lawrence at 7:30 pm and are open to the general public…

On Friday, March 1 at 7:30 p.m. at the Free State High School Auditorium, saxophonist Bob Sheppard will be featured with the KU Jazz Festival All-Star Big Band... The Jazz Festival All-Star Big Band features KU School of Music faculty, along with some of the nation's finest jazz educators and prominent musicians from the Kansas City jazz community. The concert will open with Free State High School Jazz Ensemble I and the festival's chosen Outstanding High School Ensemble from the daytime performances.

The concert on Saturday, March 2nd features guitarist Kurt Rosenwinkel with KU Jazz Ensemble I, under the direction of Dan Gailey, director of jazz studies at KU… The performance will include new big band arrangements of Rosenwinkel's music written by KU Jazz Studies faculty, students and alumni. The concert will open with KU Combo 1 and the KU Jazz Singers, and the festival's chosen Outstanding College Ensemble….

KU Jazz Festival After Hours (featuring the Matt Otto trio) will be held at the Oread in the All Seasons Den following the evening concerts from 10:00 pm-12:30 am both evenings. Admission is free; a cash bar is available.